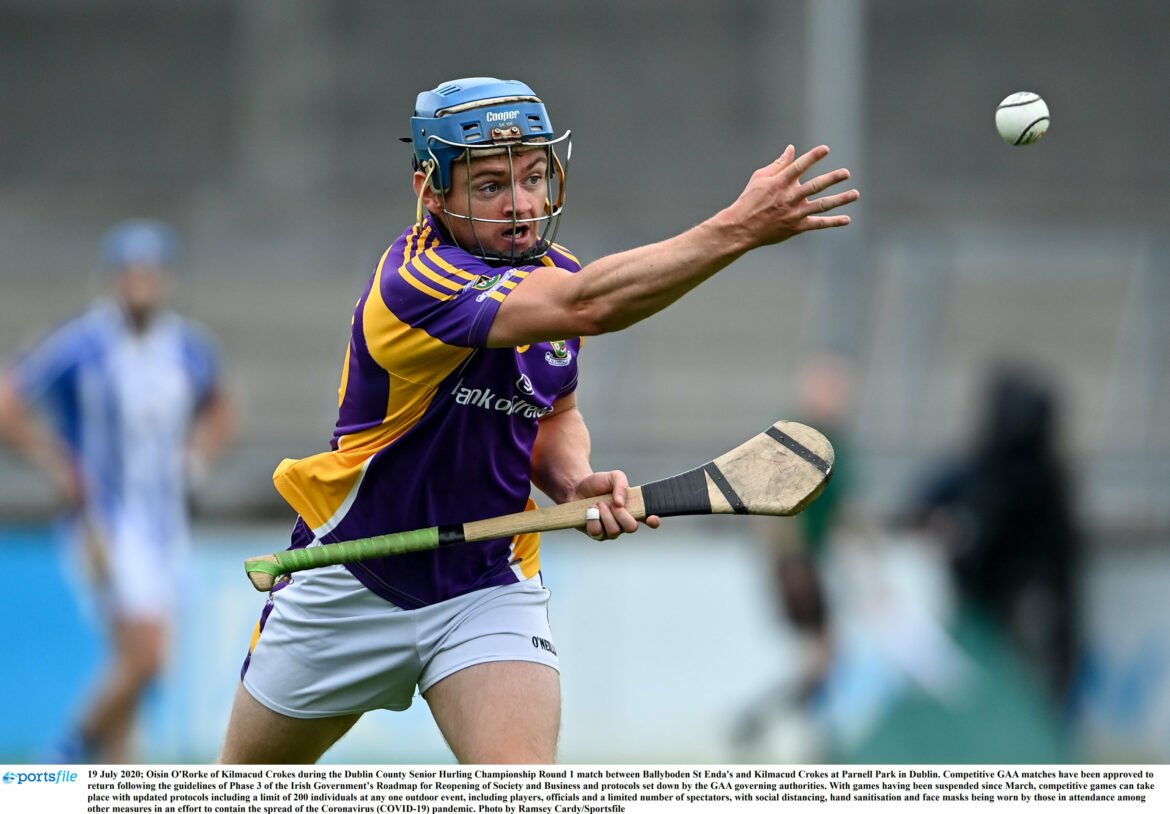 Kilmacud Crokes cemented fourth spot in Division 1 of the Dublin Adult Hurling League following their hard-fought 3-16 to 2-13 victory over a determined Faughs at a rain-soaked Silver Park last Thursday.

Despite the horrendous conditions, both teams startd themselves well as they traded scores in the first half, with the 1-10 amassed by Oisin O’Rorke proving pivotal as the hosts prevailed by six points.

Ronan Hayes and Michael Roche chipped in with 1-1 apiece as Kilmacud kept their noses in front thanks to four points shared evenly by Caolan Conway and Fionn Ó Ceallaigh.

The visitors never let up in their comeback quest but Crokes held on for the points thanks to two superb saves late on by Eddie Gibbons.

Elsewehere, Galway’s minor footballers’ difficult journey through Connacht, where they lost three of their six starts, stood to them in Tullamore as they proved far more battle-hardened than a Dublin side that cruised through Leinster.

The Tribesmen were full value for their victory, and but for a series of spurned first-half goal chances, they could have won by more.

Dublin raced from the traps and hit the first four points, with Joe Quigley and Pierce Donohue to the fore. However, the warning signs were there as Galway created goal chances, but Stephen Curley pulled a penalty wide, while Jack Lonergan had another effort brilliantly saved by David Leonard.

Even Fionn O’Connor’s opening score in the 17th minute might easily have been a goal, but fizzed a couple of feet over the bar. Lonergan, Shay McGlinchey, Éanna Monaghan and Cillian Travers were promient for Galway up the centre, helping them to 0-5 to 0-4 lead at the break.

A superb point from Quigley levelled matters after half-time, but a second yellow card for wing-forward Luke O’Boyle put Dublin on the back foot.

Dublin’s senior footballers, meanwhile, will have to go through Cork and then either Kerry or Mayo if they hope to reach this year’s All-Ireland football final.

Relief as ALSAA complex in Swords gets 12-month extension