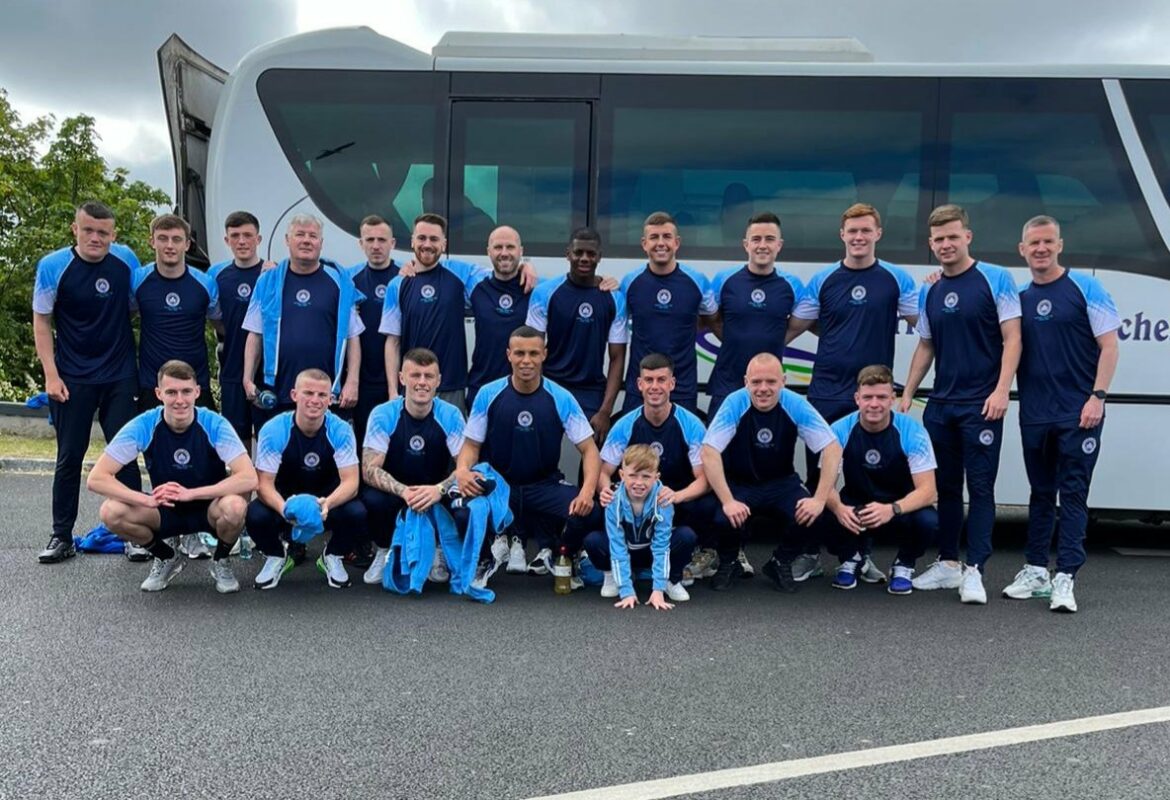 An hour into the Leinster Junior Cup final and Kilbarrack United looked on course to register one of the most famous victories in the prestigious competition’s storied history.

The Dublin side’s second string were leading with 30 minutes to go of the biggest provincial junior cup competition in Ireland.

Jack Kelly had given the young Saturday side a lead they managed to hold on to up and until 60 minutes.

However, just when the Greendale faithful began to really dream of lifting the cup aloft and just when it appeared as if the LSL Saturday fifth-tier side may register one of amateur

The reigning champions scored four before the final whistle blew to retain the cup.

It took something stunning to get them back in it, Craig McCabe producing a magic moment that proved the catalyst for a sensational

Club captain and legend Paul Murphy then hit a quickfire double to all but seal the win for Wexford top flight side before another former League of Ireland player, Shane Dempsey, a substitute on the day, added gloss to the scoreline with a late late finish.

St Paul’s Artane were also on the wrong end of a frantic four-goal final spell as they suffered defeat in the Pollokof Cup.

However, rather than seeing a goal lead overturned via a late goal frenzy, Pauls were the victim of a first half goal rally.

Paul’s did try and fight back pulling one back in the second half but the damage was done and there was to be no Artane cup celebrations.

Dublin Simon calls on supporters to “Step Up” for homelessness