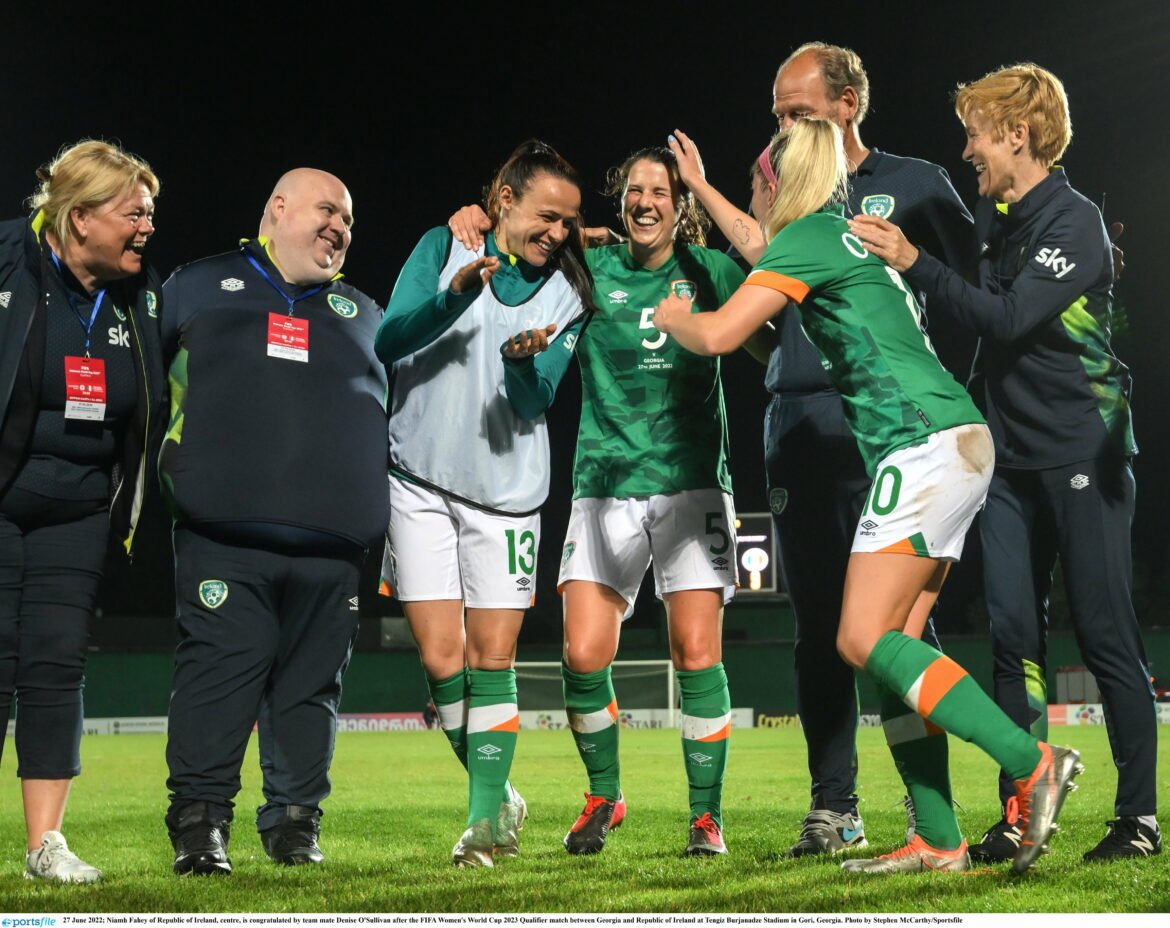 On a night when they equalled their best ever away win, the Republic of Ireland Women’s National Team jumped up to second place in Group A.

Chasing a Play-Off spot to reach the 2023 FIFA Women’s World Cup, Vera Pauw’s team were 9-0 victors in Gori – which matched the scoreline that Ireland recorded away to Malta in 2003.

It turned out to be quite a night for The Girls in Green as Katie McCabe’s hat-trick moved her up to second place in the WNT All-Time Goalscoring charts – one behind Denise O’Sullivan whose goal moved her onto 18 – and Louise Quinn joined Stephanie Roche in fourth place after she scored twice.

There was a first senior goal for 17-year-old Abbie Larkin and veteran defender Niamh Fahey also got her first goal on the evening of her 104th appearance. Megan Connolly – who was selected as Sky Player of the Match – got the other goal.

Having beaten Georgia 11-0 in Tallaght Stadium last November, Ireland warned in advance about complacency and ensured that they did not take anything for granted. A superb strike from distance after just six minutes set McCabe and Ireland on their way.

The goals kept on coming as Ireland dominated play, spraying their passes across the midfield, pressing high to win possession back and making clever runs off the ball to open up spaces to exploit the Georgian defence.

Clearly the work put in during Home-Based Training Sessions in the FAI National Training Centre and 10 days in Antalya, Turkey – which included a friendly win over Philippines – paid off.

Next up is a double header in September, starting with Finland’s visit to Tallaght Stadium on September 1 before travelling to Slovakia on September 6.

Both games will be live on RTÉ TV and on RTE Player.

As Pauw said afterwards, ‘it’s in their hands’.

Niamh Fahey of Ireland, centre, is congratulated by team mate Denise O’Sullivan after the FIFA Women’s

My internship at Dublin Gazette