No hassle in the Castle for Lady Jane! 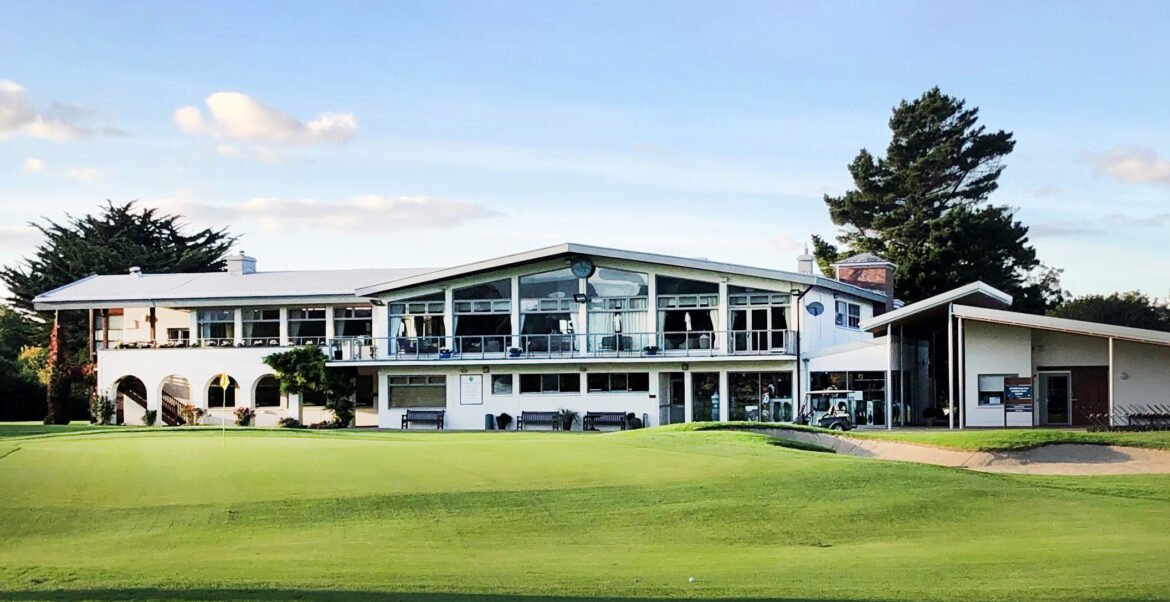 It’s a Wednesday morning in leafy south Dublin, the rising sun of an Indian summer like no other before beams down on Castle Golf Club; a sanctuary tucked snuggly away at the back of the Woodside estate – draped in the shadow of the 16th century Rathfarnham Castle.

Car boots slam shut, the sound of giddy laughter fills the air; the rattle of trolley wheels bouncing joyfully off the tarmac as life slowly returns.

A group of women gather by the entrance to the club’s panoramic clubhouse, social distanced and masked, as members revel in the novelty of one another’s company once again. Normal has just about made its way back home – a ‘new normal’ though, of course.

For the club’s Lady Captain Jane Neill it has been anything but a normal term of office. She is currently in her second year in the illustrious navy blue jacket, covid having put paid to all her best laid plans in 2020. She hasn’t let the stress of it all dim her smile, however, the Castle bouncing back to life as a social hub – a place where families gather at the heart of the community it serves.

“We have a beautiful golf course and obviously we have great facilities, but we also like to think we have a great social calendar. That’s what we had organised, and then it was all just in disarray.

“But everyone was in the same situation; protecting the members was upmost in our minds. Like all golf clubs, the demographics are that bit older on average, so we had to be very careful,” adds Neill, a member of Castle GC for more than 20 years now and a native of Rathmines originally.

“We have a lot of generations in the club, two, three even four generations of some families. We’ve changed a lot of our facilities too, moving towards things being more outdoor, dining wise etc.

“We like to think of ourselves as much as a social and family orientated club as we are a golf club. That part of it is very important. We can have up to 100 indoors here for vaccinated people, but we want to cater for everybody so there’s an outdoor option too.

“When Jim and I took over (men’s captain Jim Pender) we had a lunch for Shane Lowry as an honorary member, and his bother Alan is a member here too. Shane pops up every so often, he’s good pals with our pro Colin Clancy.

“It’s the big occasions that you miss.  We had The Coronas lined up to play a gig up here before the lockdown came. And given it was the ‘coronavirus’, you can imagine how we felt   – it was pretty ironic.

“We had two major lockdowns, of course. When we closed down in December we all thought we’d be back open by March. We didn’t think we’d have to cope with it for quite so long, but everyone has been fantastic.

“We do celebrity lunches and invite speakers to come along, from sport to health and well being. We have bridge which is actually very popular, we have two snooker tables. So there’s lots of other things apart from just golf.

“We have outings, societies, invitations, opens; we had a big men’s open here last Monday for example. We had close to 150 people playing in that, so things are starting to come back to something like normal now.

“We have our six-hole par three course too which our juniors play on a lot. That’s been there somewhere between 10 and 15 years now. It’s a great facility to have.

There have been positives amidst it all, as much as it can sometimes be difficult to find them. Neill smiles ruefully at the realisation of how much time has in fact really just been lost for so many.

“Greenkeepers had full access to the course, and we were able to do things we couldn’t have really done otherwise. We were able to take the opportunity to fix up pathways, plant wild flowers, cut back certain areas, things that would have been intrusive if members were out there playing.

“But overall it really has been a rollercoaster for us, going from feelings of euphoria to sort of ‘oh my God, what are we going to do?’. It’s not even about yourself, you’re representing your members, and you want them to have the best time possible.

“But it’s kind of hard to that with your hands tied behind your back.  It’s been very difficult, but we’ve done lots of Zoom meetings, and I have to say we’ve been so lucky.

“A lot of people have suffered, for so many it was such a lonely time, and golf clubs are social as much as anything else.

“My memories from the last 18 months or so, having become a zoom expert now,” she laughs, “well, you become innovative in a way. You become resilient.

“There was such happiness when we opened back in May. The worst is behind us. And I think it all really makes you appreciate the important things in life.”

Jane’s name will forever carry an asterisk beside it on the wall of the members bar – one term, two-and-half years in the making.

“I’m sure in times to come people will look up at that and think ‘is that a mistake?’ But for every adversity you also really gain something.”

A new normal in an old Castle. Better days beckon for a club whose heartbeat never stopped.

Swords Taxability Accountants A Cut Above