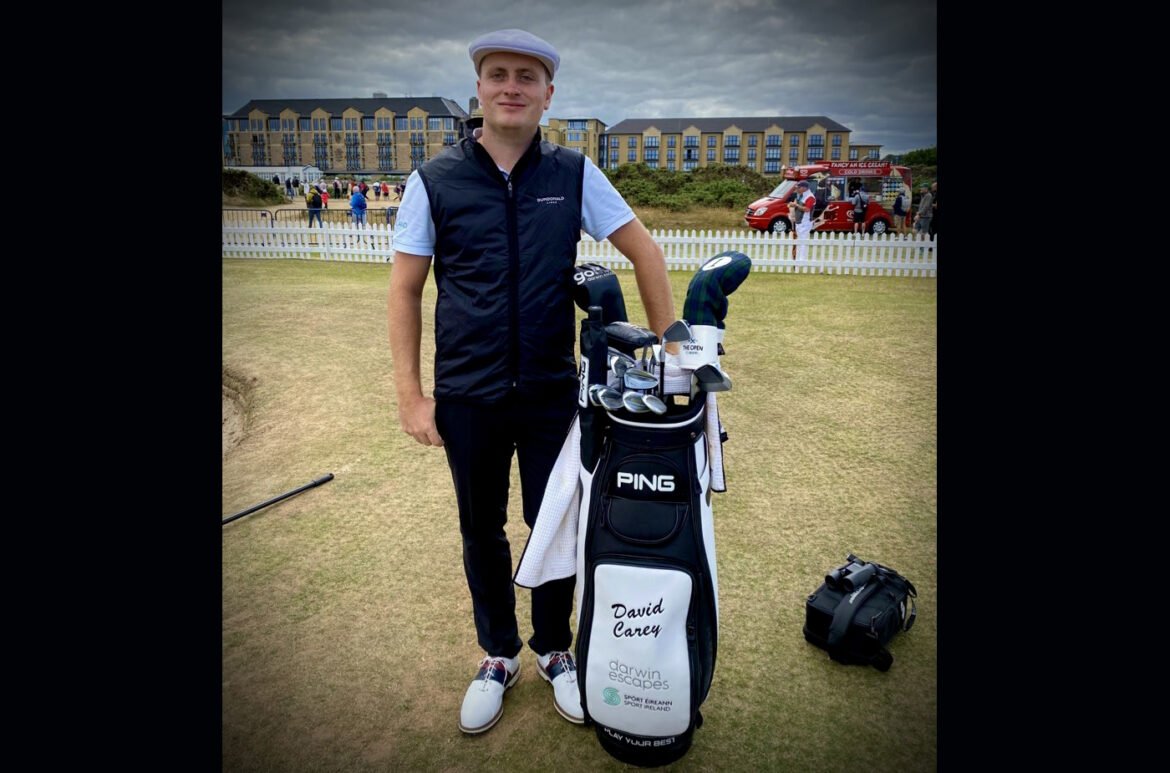 CASTLEKNOCK’S David Carey will fight another day but frustration at failing to meet their high expectations summed up their experience of The 150th Open.

Tied 18th at halfway, qualifier Carey (26) was bitterly disappointed to close with a brace of 73s to finish tied 62nd on three-under.

He drove into the burn at the first and made bogey and while he would birdie the second, fifth and ninth, he came home in 39, dropping shots at the 12th and 14th and double-bogeying the 17th for the second day running after visits to the Road bunker before closing with a birdie for the third time in four days.

“I really don’t think I can hit the ball much worse than I have this weekend,” Carey said.  “My iron play has been really poor all week. If I can make the cut playing bad well you have to think you can do better playing well.”

He played with former world No 1 Lee Westwood for the last two days and the Englishman had just one criticism.

“He’s got a lot of game,” Westwood said. “He hits the ball very well. He’s a little bit hard on himself I would say, but aren’t we all. But you can see he’s got a lot of talent and he’s not short. Everything is there.

“He’s just got to sharpen everything up and work on the mental side a little bit and learn to shake off bad shots.”

Carey found those hard to take, explaining: “I think the difficulty is when you know the level you can produce. It is one thing when you hit one bad shot or two bad shots, I can move on.

“I know what I can do and when you don’t, it’s just very very frustrating and maybe some of the frustration from yesterday crept in today as well.”

He added: “It’s that first step. It’s the first time I’ve got to that level and one that I will learn from…

“It is one thing watching these things on TV and another taking part. It was good to be a part of it. But I am not where I want to be.”

Meanwhile, Stackstown’s Pádraig Harrington was feeling the “pain” after storming into contention only to lose his putting touch and miss the cut.

After storming into a share of fourth thanks to birdies at the first two holes, Harrington was licking his wounds after a six-over 78 saw him miss the weekend.

But he was also full of admiration for the “pig-headed” individuality of qualifier Carey, who had fired a brilliant 67 to move into contention on five-under-par.

“I am a complete show-off,” Carey said of his love of all the attention in front of 40,000 fans at the Home of Golf. “So the more people that are there, the better. It’s great. I’ve always loved having people around.

“Am I a bit different? Yeah, I’ve never worried too much about what others think. That would be true.”

Clontarf to City Centre project to city enters next phase