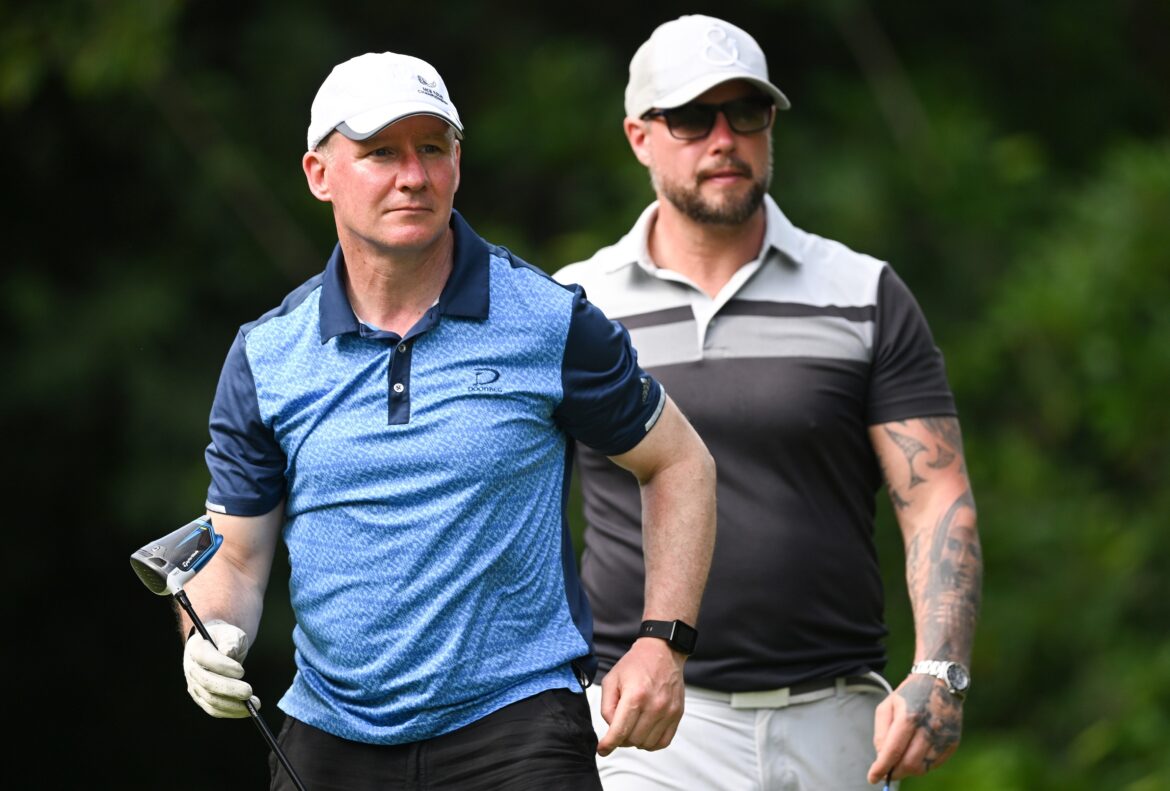 Some of the biggest names in sport and showbiz have been added to an already impressive cast preparing to compete in August’s Celebrity Series event at the Irish Legends presented by the McGinley Foundation.

Taking place on Tuesday, August 16, the Celebrity Series will see a host of stars tee it up at the famous Old Tom Morris links at Rosapenna Hotel & Golf Resort. From the music world, Keith Duffy and Brian McFadden – from Boyzone and Westlife boyband fame respectively who now perform together under the name ‘Boyzlife’ – will be centre stage.

The pair will be joined in County Donegal by fellow Irish singer and TV presenter Daniel O’Donnell.

Icons from the world of sport include former Republic of Ireland footballers Niall Quinn, who represented Arsenal, Manchester City and Sunderland, and Steve Staunton, who enjoyed spells at Liverpool and Aston Villa. Kevin Moran – who played both Gaelic and association football – is also confirmed for the event together with hurling duo Anthony Nash and Joe Canning.

The Irish Legends event, which will run from August 16-20, will have plenty happening off the course. Staged by Donegal County Council on the grounds of the Na Dúnaibh GAA pitch adjacent to Rosapenna, two concerts will be held on Friday, August 19 and Saturday, August 20, and will start on both days at 5pm.

Country music star Nathan Carter has been confirmed as the headline act for the festival, with a number of local and national talents also performing. Those attending the golf on the Friday and Saturday will receive free entry to the concert.

The event will be the second Irish Legends tournament the Rosapenna Hotel & Golf Resort has hosted in as many years. Returning to the senior circuit following an 11-year absence in 2021, Thomas Bjørn claimed his maiden Legends Tour win with a birdie on the second play-off hole to end the challenge of Welshman Phillip Price.

“I cannot wait to welcome so many great names from the world of sport and entertainment next month for what promises to be a fantastic event. Rosapenna is a course with great history and I am sure the celebrity players will be up for the challenge,” McGinley said.

“After a successful event last year, The McGinley Foundation is excited to be hosting a great week of golf as we welcome the Legends Tour back to Donegal.”

I am also looking forward to getting my Legends Tour season underway in a place I know so well.”

Phil Harrison, chief executive officer of the Legends Tour, said: “It is great to add so many famous names to the field of players attending this year’s Celebrity Series held as part of the Irish Legends. The McGinley Foundation hosted a wonderful event at Rosapenna Hotel & Golf Resort last year and we are all looking forward to returning.”

Although playing experiences for the Alliance Series at Rosapenna have sold out, the Legends Tour still has limited places available to live the life of a golf ‘Legend’ in front of crowds and TV cameras in its Celebrity Series. These experiences provide amateur golfers unrivalled once-in-a-lifetime opportunities to rub shoulders with the golfing greats.

There is still limited availability to watch the Legends in action at the weekend with tickets still available to purchase at https://www.legendstour.com/tickets.

The McGinley Foundation, set up in 2013, aims to support charities and not-for profit organisations that Paul and his wife Alison have a close association with. The Foundation puts particular emphasis on supporting those that assist children and young adults.

St James’ Gate back from the brink in LSL