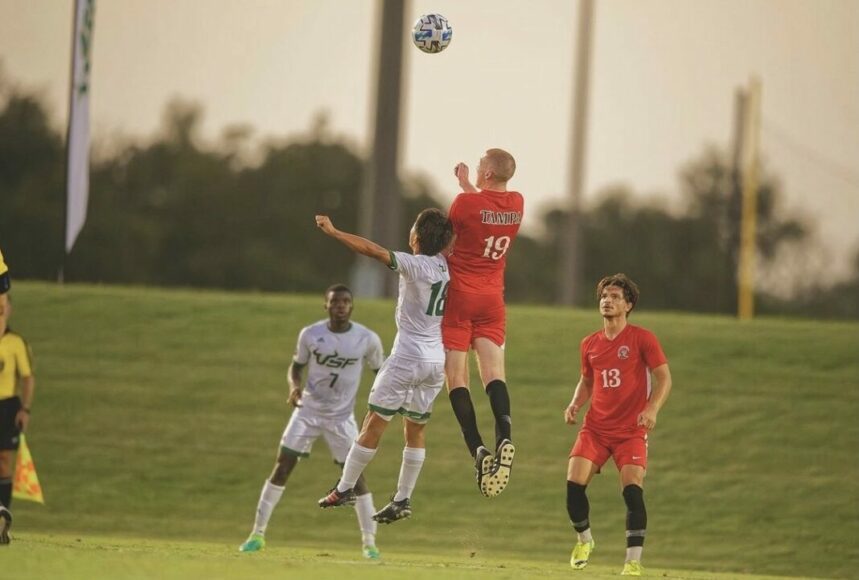 TWO young up and coming Dublin footballers are off in pursuit of the American dream after signing up to prestigious scholarships with two major US universities.

Lucan-based Jamie Redmond, formerly studying on the FAI-ETB course in Dundalk and playing for UCD, is now embarking on the journey of a lifetime after heading out to the USA this summer to take up a prestigious football scholarship.

Jamie has become a student-athlete at Rose State College, which is located in Midwest City, Oklahoma.

He will spend the next four years studying for a lucrative degree and combining his university studies alongside playing for the men’s soccer team– nicknamed the Raiders – and training in a full-time environment. Jamie’s scholarship has been gained through the assistance of SMUSA Scholarships.

“Going to Oklahoma will be a fantastic opportunity for Jamie to really settle into the US way of life at the Junior College level as we feel his performances will give him the opportunity to transfer on to a high-level university,” SMUSA Director Stephen Murray explained.

“Having played at Dundalk, and most recently at UCD, Jamie has a very good pedigree in the game is an exciting attacking player.”

Dublin-based Sean Quinn, meanwhile, formerly of Tallaght Institute of Technology and Shelbourne, has become a student-athlete at The University of Tampa, Florida. “Sean is one of our top prospects going out to the USA this year and will be attending a top university in Tampa, Florida.

“Sean has played first-team football for UCD and Shelbourne, and was always the driving force of the team when we watched him play.

“Sean had plenty of interest because of the level he played at and having completed his undergraduate degree at IT Tallaght, he will have the opportunity to continue his degree in Forensic Science, along with doing a Masters.

“Players like Sean are the highly sought-after players, which we will continue opening doors for,” Murray added.

Caption: Former Dundalk and UCD star Jamie Redmond (left) has taken up a scholarship with Rose State College in Oklahoma, while former Shelbourne player Sean Quinn (right) has signed up with the University of Tampa

Rock a doubt as Mun kick off title defence