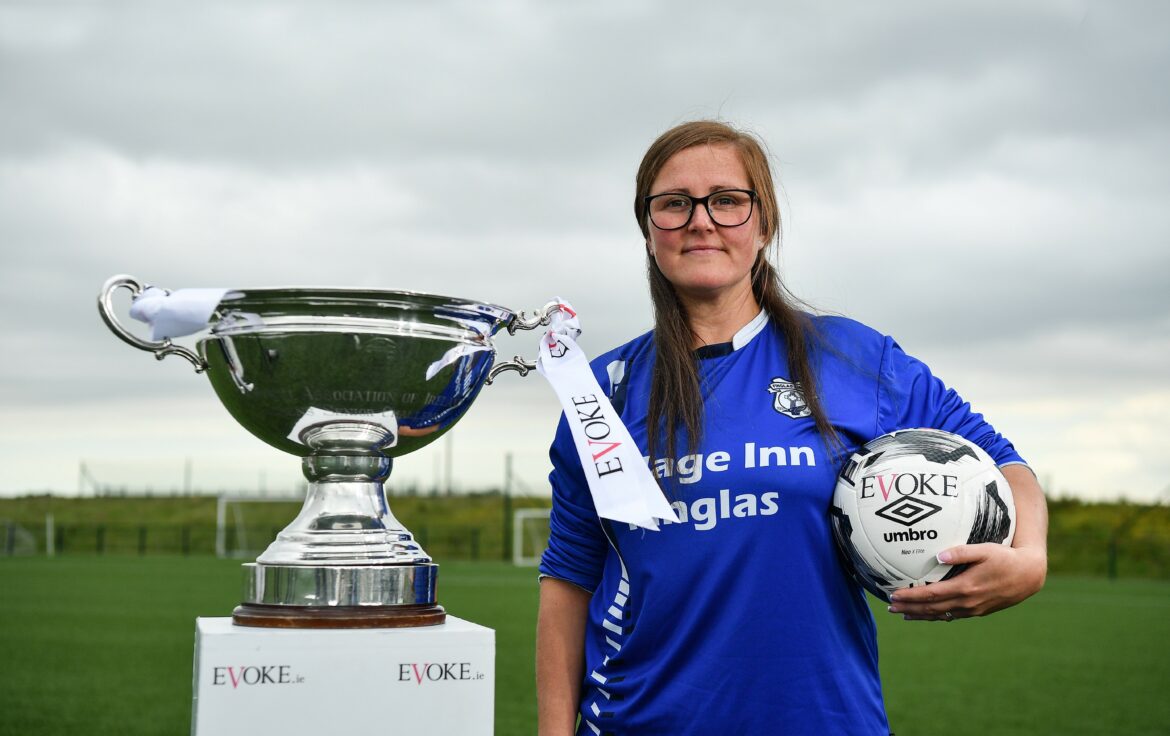 The Cup draw was made at Abbotstown this afternoon and the four non-league clubs in the draw, Douglas Hall, Bonagee United, Whitehall Rangers and Finglas United were all drawn against Women’s National League opposition.

Donegal’s Bonagee must undergo a mammoth trip to Cork City for their tie.

Last season’s finalists Wexford and Shelbourne, the current WNL leaders, received byes into the second round. Wexford triumphed 3-1 in the 2021 decider.

The first round games will be played in the week ending July 10.

The dates are set, the kick-off times are fixed, the venues are booked and the teams are ready for the First Round of the 2022 EVOKE.ie FAI Women’s Cup.

After such a successful year in 2021, the excitement is already building as 12 teams get the competition started on the second weekend in July.

The aim is to reach this year’s final in Tallaght Stadium on Sunday, November 6th because last year’s record-breaking attendance made it the showpiece event of the domestic women’s football calendar.

Tickets are already on sale for this year’s Cup Final, which promises to be another memorable event.

The First Round gets underway with four games on Saturday, July 9th before two more games finish out the fixtures on Sunday, July 10th.

Last year’s finalists Wexford Youths and Shelbourne have been given a bye into the next round.

As part of the ‘No Ref, No Game’ initiative, all clubs will organise a guard of honour for their match officials as they enter the field of play ahead of kick-off.

Meanwhile, Shelbourne v Shamrock Rovers has been postponed and will be rescheduled for a later date.

The SSE Airtricity Premier Division fixture between the Dublin rivals was set to take place on Friday, July 15 at Tolka Park but the fixture has now been postponed.

A new date for the fixture will be announced in due course.

Ealish Murray of Finglas United FC poses for a portrait at the2022 Evoke.ie FAI Women’s Cup – First Round Draw