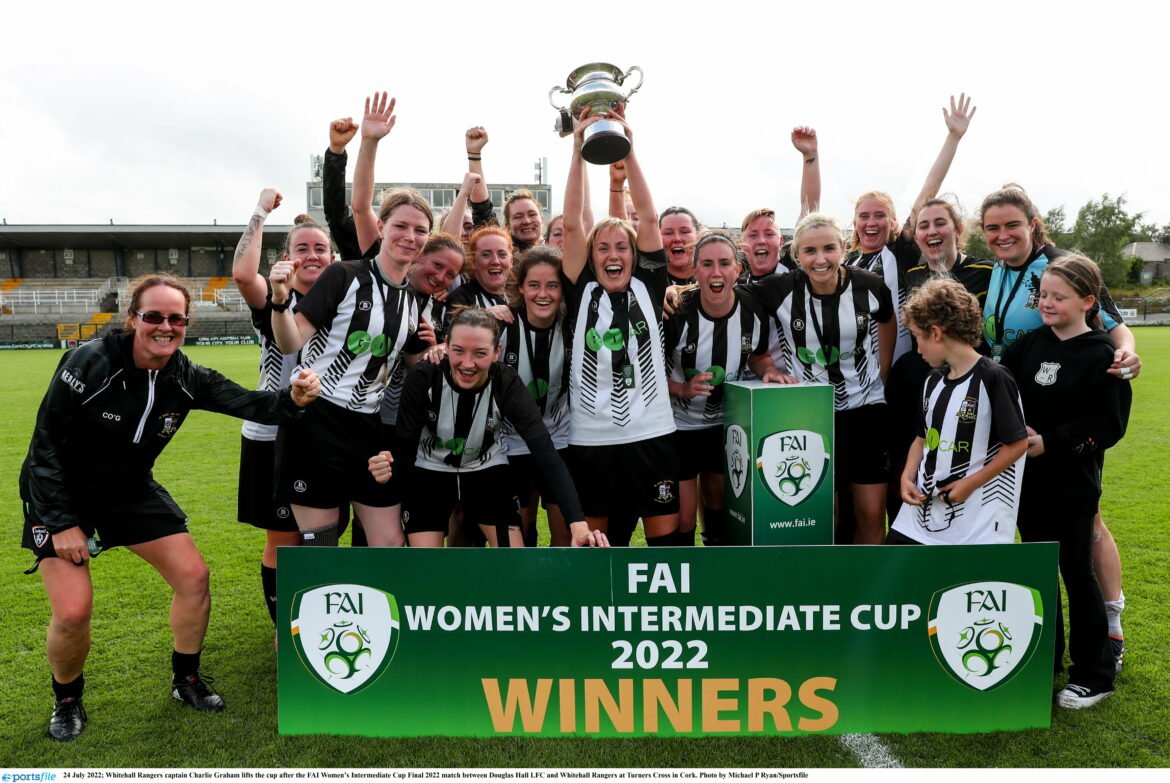 Whitehall Rangers lifted the FAI Women’s Intermediate Cup for the first time in their history on Sunday afternoon after they impressively defeated Douglas Hall in the final at Turner’s Cross.

Two goals each from Rachel McLoughlin and the player of the match Erika Browne inspired Whitehall to a well-deserved victory against a spirited Douglas side, who responded in vain with a brace from Alison O’Connell.

The Dublin club, who were competing in this showpiece occasion for the first time since 2018, raced out of the traps and three quick-fire goals in the space of just six minutes had them in complete control early in the first half.

McLoughlin netted first when she tucked Deborah Burnett’s cross into the roof of the net from a few yards out before Charlie Graham grabbed a sensational second goal just moments later.

The captain controlled a Hall kick out before sending it back in over keeper Tracey Kiely, who turned it against her crossbar but couldn’t stop it from crossing her line.

Rebecca Creagh looped a header over Kiely from a corner with 17 minutes on the clock and even though O’Connell pulled a goal back for Douglas midway through the half, it didn’t upset Rangers’ rhythm as further finishes from McLoughlin and Browne ensured they led 5-1 at the interval.

The second half was much tamer in comparison as Whitehall were content with the huge lead they had earned while Douglas perhaps lacked the belief that they could mount a remarkable comeback.

Both teams hit the bar through McLoughlin and Aoibhe Noonan – the younger sister of Republic of Ireland international Saoirse – respectively before they both added to their tallies with Browne and O’Connell completing their braces but it was Whitehall Rangers who cruised to a historic triumph.

‘Do Not Swim’ prohibition notice extended at Balbriggan