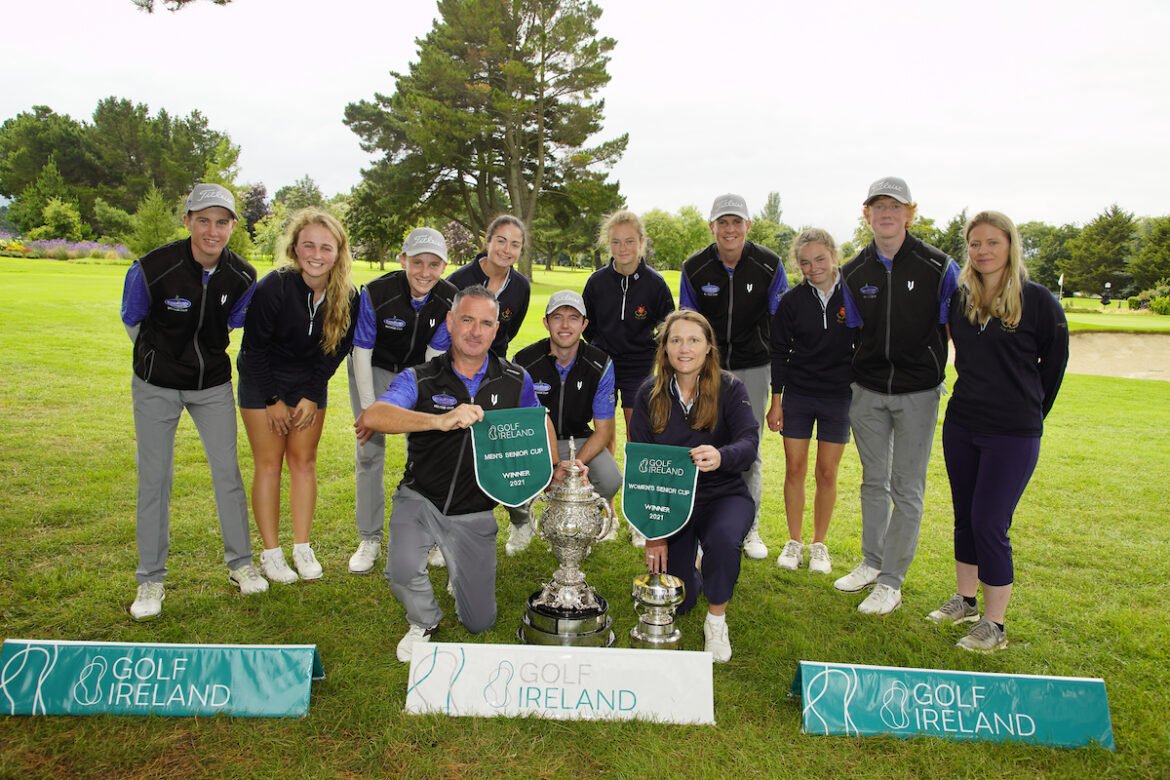 Elm Park (Women) and Roganstown (Men) are the 2021 AIG Senior Cup champions, after winning their All-Ireland linals on Sunday at Castle GC.

Elm Park defeated reigning champions Lahinch 3-2 in the Women’s decider to take the trophy the short distance back to Donnybrook.

The Clare club won the top two matches courtesy of Aideen Walsh and Niamh O’Dwyer, but the bottom three went to the Dublin side. Emma Fleming won the decisive point in the final match on the course, beating Olivia Lucas 3&2.

Leah Temple Lang played in the top match for Elm Park, and was delighted to defeat Lahinch after coming up short three years ago.

“We played Lahinch in Knock (in 2018), and lost in the final. We’ve one apiece now. It’s a great team with a great bond. It’s really nice to win with these girls.

“The weather delay probably helped us. Saturday was our Lady Captain’s Day, so all of the members came out today support us. It worked well in our favour.

Former AIG Irish Men’s Close champion Hugh Foley had a 5&3 win over Chris Butler to win the opening point, but the remaining four matches all reached the 16th green.

With two matches going to extra holes, and Roganstown only needing a point to win, Patrick Keeling (inset) was the first player over the line, defeating Paul Flynn on the 20th hole.

“I was 3-down after three holes going into today. I just believed I could do it. I felt really confident going into today”, Keeling said moments after. “I made four birdies in five holes to go 1-up down the last, but missed a short one. It felt unbelievable to hear the roars on 20 when I holed the putt.

“Geoff Loughrey has been unbelievable. He coaches every one of us.” and I’ve no doubt he’s the reason we are progressing so well. We owe everything to him.”