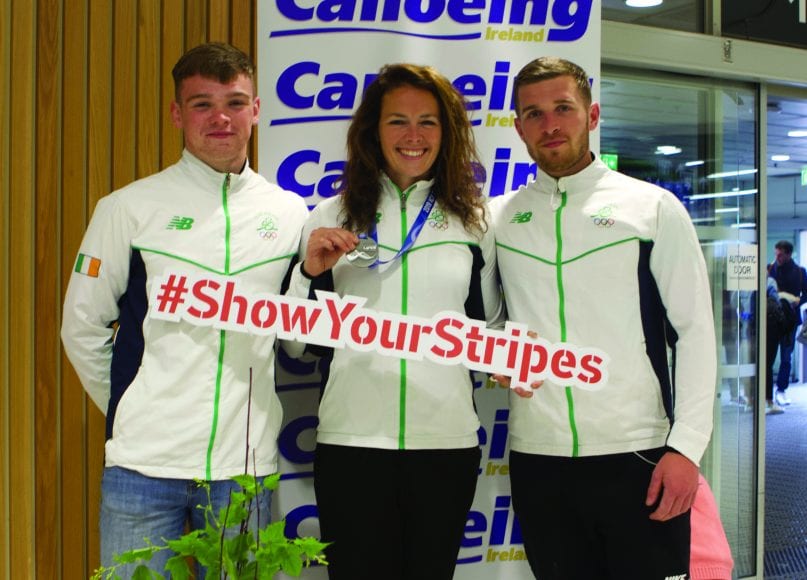 After taking silver in the 5,000m race at sprint World Cup in Poznan, Poland last weekend, canoeist Jenny Egan of the Salmon Leap club heads to Duisberg in Germany aiming to go one better at the second sprint World Cup competition of the season.

Last weekend, Egan finished just over half a second behind Inna Hryshcun of the Ukraine in the sprint for the line.

The pair had broken away from the pack about halfway through the race after the second portage and battled it out to the finish.

“It was a really good race and I’m happy with it, especially since it was my first 5000m of the season,” Egan said.

With qualification for Tokyo 2020 in mind, Egan had also competed over the Olympic sprint distances of 200m and 500m.

Her best result came over the shorter 200m distance where she made the C final and finished 23rd overall.

In the men’s races, Barry Watkins, also Salmon Leap as indeed were all four members of the team, made the B final of the K1 1000m, finishing eighth overall. Watkins also finished seventh in the men’s K1 5,000m.

Ronan Foley, the reigning European junior marathon champion who is making his senior debut this season, finished 14th in the 5,000m after competing in both the 500m and 1000m and Ryan O’Connor, another promising young paddler, competed in the 200m sprint heats.

In the paracanoe races. Patrick O’Leary, a Corkman who is based in Galway, made the A final in the VL3 200m H2 after strong performances in the heats and semi-finals.

He also made the semi-finals of the KL3 H2 200m, which is a Paralympic discipline.

Local Elections caught parties off guard with some surprises in DCC