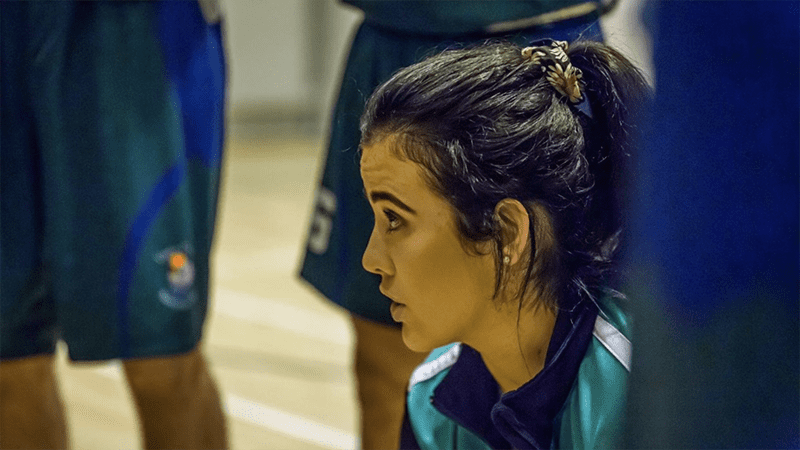 ERIN Bracken is looking forward to the natural progression at Dublin Lions as she takes on the men’s head coach role for their 2021/22 National League campaign.

She was Rob White’s assistant for the past few seasons, including their maiden year in the Super League. While that campaign ultimately ended in relegation back to the second tier, Bracken says a huge amount can be taken from it for the Lions, particularly as they fielded one of the youngest rosters around.

“We were very young and inexperienced so we learned a lot about the tempo of the game, how intelligent some of the teams are,” she told the Dublin Gazette.

“It is a big, big jump from National League where we will be playing this year so we hope to use all of that learning with us from the Super League and that experience puts us in the best position to get promoted again.”

“I am really looking forward to it and the move [to head coach] made a lot of sense considering I had been assistant. I know the lads well.”

It is the latest role in an extensive CV. She previously worked as an assistant coach with the Irish Under-18 and 20 women’s teams, in 2016 and 2019 respectively.

She has also coached underage teams at Liffey Celtics and Dublin Lions, at collegiate level with TUD Tallaght women’s team and Ulster University men’s team, along with schools teams at Coláiste Chiaráin.

This role with Lions, though, puts her in a rare position in Irish basketball – indeed, in Irish sport – as a female coach heading up the top male team, something she knows only too well from her time at University of Ulster.

There, her masters research examined “the work-life balance in female basketball coaches” and while she has never found any major barriers on her coaching journey, some of her findings were eye-catching.

“I interviewed them and did surveys – confidence was a big thing; self-limitations they put on themselves rather than society. To break those gender stereotypes, it was more what was in themselves that they felt they weren’t good enough, that they were the biggest barrier.

“It is now about putting themselves forward, apply for positions. It was a big thing that came from that, that women have to be the ones to make that step forward.”

She also found a need for mentorship was another big element in this. To that end, Bracken was announced on Tuesday afternoon as the new Basketball Ireland Community Development Officer for the South Dublin region.

Bracken feels the governing body is leading the way to open up new opportunities for female coaches to get that mentoring and she wants to encourage others to realise the possibilities.

“It’s a positive thing for others to see [a woman in a head coach role], particularly young girls, that it is not that big a deal.  I have always coached boys up to Under-18s and 20s and I did a men’s university team in Belfast for a year in Jordanstown.

“So when I came back from Belfast, Rob asked if I wanted to be the assistant and it was natural for me. That’s not the same for other women who might have felt there was a barrier which shouldn’t be the case – it is just basketball.

“There are different ways of dealing with women and men, that’s just the way it is. But I see it as a positive and have never really had a problem with it. It is important, even, for young boys to see a woman coaching men and they are accepting of it.

“For me, at this stage, I don’t need to prove myself. I have been involved in the game quite a long time. I am always eager to learn, to upskill and educate myself.

“When you build relationships with people and have a decent knowledge of the sport, I have never had people question me [because of my gender]. Maybe other women have but I have always had a positive experience.”

As for the role with Lions, plans can only be tentative for the time-being with the sport being locked down pretty much since the start of October.

Once a return date is in play, Bracken will hope to add an American player to the mix but she knows she should have plenty of young talent at her disposal.

The west Dublin based club currently one of the big producers of young talent in Ireland – most notably Aidan Harris Igheion who is with the Louisiana Cardinals, making him the first Irish player co-opted by a Division One university in the US.

“A lot of them have extremely bright futures,” Bracken says of the panel. “A lot are around 19 or 20 and could potentially be playing Super League basketball, hopefully, for nine or 10 years and maybe some international basketball.

“We did struggle against clubs who could go a bit deeper squad-wise. We lost a lot of games in the last four minutes, games we were right there but didn’t know how to win. We have to learn to win again and make that a habit but we do have a bright future and so it is exciting to work with them.

“It’s been such a long time so I think we are all anxious to get back playing basketball.”