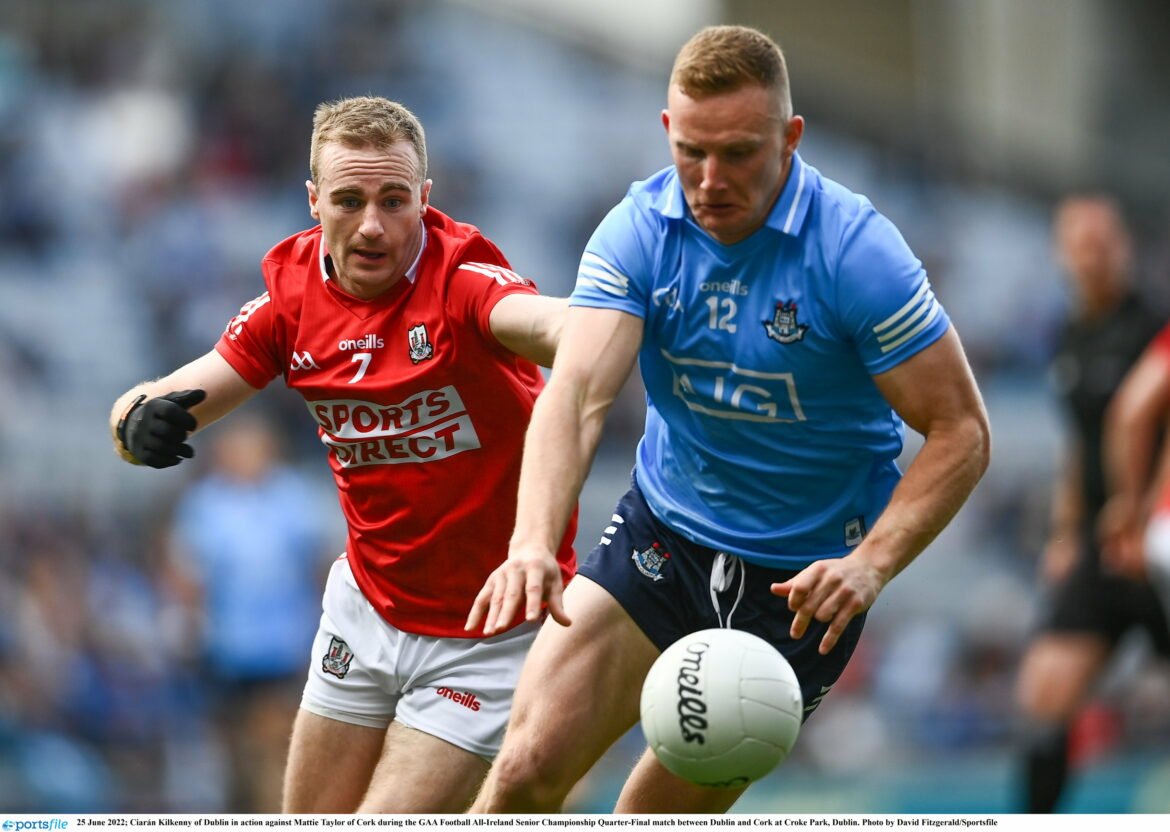 DUBLIN set up a mouth-watering semi-final date with arch rivals Kerry on July 10 after a workmanlike display in seeing off the challenge of a stubborn Cork last Saturday evening.

Dessie Farrell’s men had 11 points to spare and advance to face the Kingdom – who eased past Mayo on Sunday – while the winner will take on a novel finalist in either Derry or Galway.

No soon as the final whistle sounded on a unseasonally cold evening in Croke Park that the focus switched to the chances of Dublin’s captain James McCarthy and vice-captain Con O’Callaghan being available for the semi-final.

Farrell declined to discuss the precise nature of their injuries and he didn’t strike a particularly optimistic note about their chances of being match fit in time.

“It’s pretty much a race against time now. We have two weeks. To be picking up an injury now at this time of year is tough. We’re all hands on deck in terms of our medical staff and in terms of trying to get the lads right.

“It’s about the result. A major step-up is required,” said Farrell.

“The first half obviously wasn’t what we would have wanted. We picked it up in the second half. But probably the four-week lay-off didn’t help.

“It took us a while to shake the cobwebs but we strung some good passages of play together in the second half.

“We knew Cork were going to dig in and obviously they’re a proud county with great tradition down there. They didn’t surprise us with anything they did.

“But we just couldn’t get to the pace of it in the way we would have liked. Definitely they were causing us problems as well, they kicked a lot of wides themselves.

“We were happy enough to get to half time and have a chat and move back out, and thankfully the second half was a little bit better,” said Farrell.

Lee Gannon and Ciarán Kilkenny impressed against Cork and have been included in the GAA.ie Football Team of the Week.

The other semi-final between Galway and Derry will take place on Saturday, July 9 at Croke Park, with a 5.30pm throw-in.

It will be preceded by the Tailteann Cup Final between Cavan and Westmeath (3pm).