Waves not left spinning around despite Kylie goal 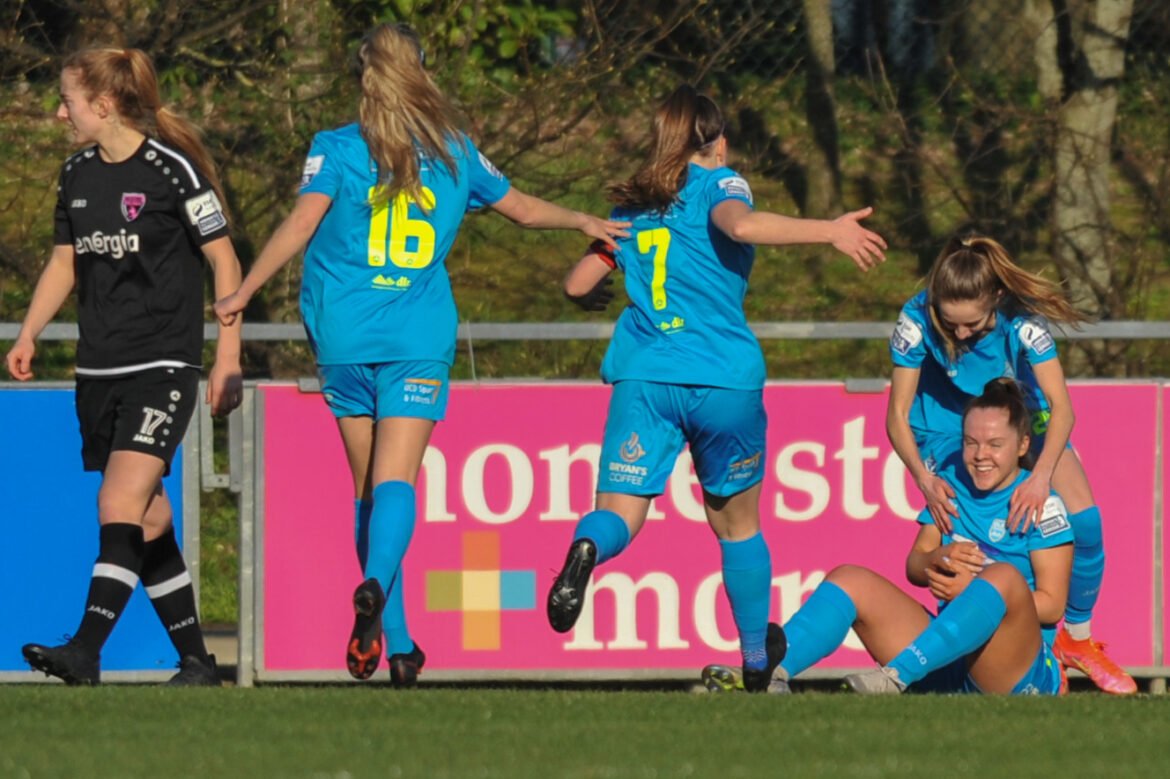 DLR Waves were denied an opening-day win over Wexford Youths by a contentious second-half equaliser from Kylie Murphy on Saturday.

Carla McManus gave the south Dublin side the perfect opening with her first goal for the club on six minutes but Youths were rewarded for their adventure after the break with a point.

There was some dispute about the equaliser as Wexford captain Murphy may have been offside when she received the ball from Ellen Molloy but the goal stood.

And it was no less than the four-time champions deserved as they dominated the second half, without creating many clear chances, on a bright, sunny day at the UCD Bowl.

“It was a great game and, to get a home point against Wexford, it’s certainly the first time since I came in that we’ve got anything out of Wexford.

“We had to be disciplined and we spoke about that during the week, and it’s one thing we’re really good at. When we’re compact and we’re tight, we work really well as a unit.”

Waves had a bye in the first round of the season last week, as Wexford lost out to a late goal from Eleanor Ryan Doyle at home to champions Peamount United.

It was the home side who looked the more battle-ready in the opening minutes as they took the lead with just five minutes on the clock.

A stray pass out of defence was intercepted by Rachel Doyle, and the captain laid on a perfect pass for McManus to nip in behind the defence.

The former Kilkenny United sharpshooter nicked the ball past Lauren Dwyer before expertly squeezing the ball past keeper Kiev Gray from a tight angle.

Wexford had the better of the play for most of the game but failed to trouble Waves keeper Eve Badana.

The keeper was called into the international squad for this week’s friendlies with Denmark and Belgium after impressing manager Vera Pauw, who was in attendance in Belfield.

That was more to do with her command of the box than the work she had to do, however, as the only real chance Wexford created was Murphy’s equaliser from a fine piece of Molloy play.

Kelly said: “It was really good but for that lapse in concentration, and we’ve said that to the girls, that good teams will punish you. And they got one clear chance and they scored.

“We tried to counter today – that was the plan. First game of the season, a few of the girls were nervous, which goes without saying, but overall it was a good performance.”