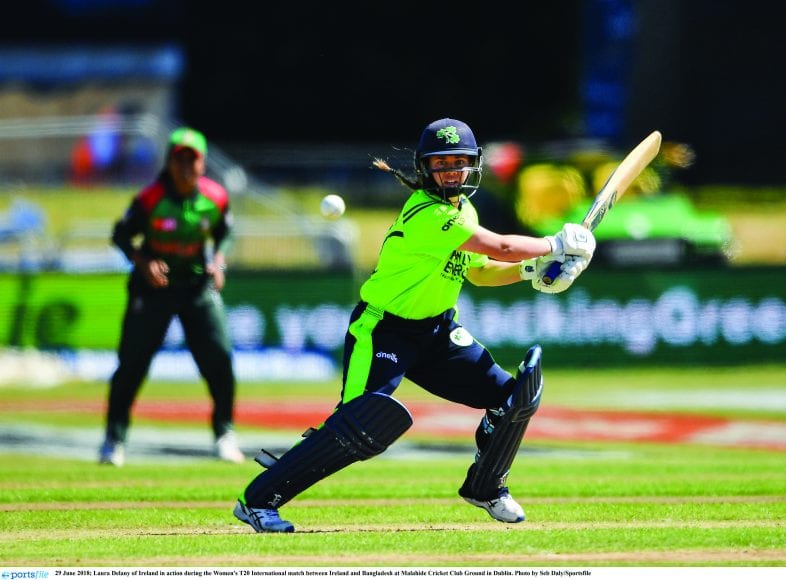 Along with Celeste Raack, they are among six recipients who were announced on the list at an event on Tuesday at the Sport Ireland Institute.

“We’re not just here to launch the new international season, but to announce six part-time player contracts – the first-ever in cricket in this country, and making cricket one of very few team sports in Ireland to have professionally-contracted women players.

“Our women’s programme medium-term objective is to qualify for the ICC Women’s Championship in 2021 – a guaranteed three-year programme of international fixtures just like our men have now, through the Future Tours Programme.

These contracts put in place the foundation blocks that will help us as a cricket nation to achieve our goal.”

Rathfarnham’s Laura Delany said: “I’m very excited and delighted to have been included in the small pool of players selected for a contract as Cricket Ireland take a big step forward in the women’s game.

“Personally, there are certain aspects of my game that I’ve have been trying to develop further. Hopefully this will allow me to spend more time working and focusing on my game whilst not having to commit to a full-time job.

“From a captaincy point of view, this means I will have more contact time with players which should have a positive impact on our development as a group.

“It’s great to see Cricket Ireland one of the sport bodies leading the way for other female sports in Ireland.

“Whilst the contracts are part-time it does allow female cricketers to concentrate a bit more on their game but we still have a way to go in order to catch up with our male counterparts.”