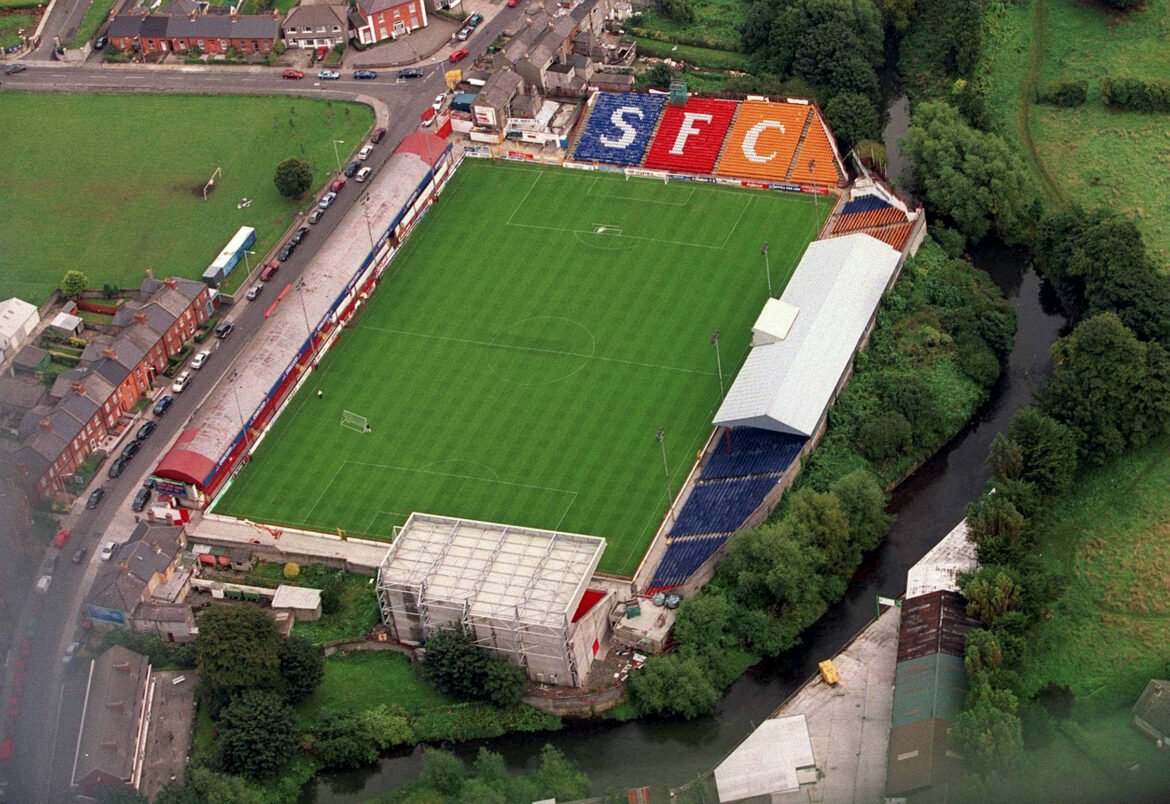 The first steps in the long-delayed redevelopment of Dalymount Park will finally take place this month with the demolition of the roof on the Des Kelly Stand.

Dublin City Council, which will fund the redevelopment and own the ground, published an update last week that also includes plans to demolish the Connaught Street terrace.

The plan is to develop a top class 6,000-seater stadium – down from the original 10,000 envisioned – on the site, which would aim to be classified as a UEFA Three-Star venue. That would enable the Phibsboro ground to hold games up to Europa League play-off level, but would fall short of the requirements to host group stage games.

Keith Long’s Gypsies have been forced to play European games in the Aviva Stadium as Dalymount does not meet the requirements for next week’s Europa Conference League clash with F91 Dudelange.

6,000 fans were allowed into the Lansdown Road venue last week as Bohs breezed past Stjarnan of Iceland, and up to 8,000 are expected next week as the phased re-opening of live sport continues.

Other amenities planned for the stadium include “a library, flexible community space and meeting rooms” in the 1,000m-squared east stand, one of four covered stands in the new stadium.

The pitch will be reoriented from its current north-south orientation to east-west, in line with best practice for the construction of new stadiums in Europe.

Grant funding of almost €1,000,000 has been issued by the Department of Tourism, Culture, Arts, Gaeltacht, Sport and Media to help with the publicly-funded stadium.

“The demolition of the Des Kelly Stand roof […] will commence in early July and will take approximately 8-10 weeks,” read Dublin City Council’s update.

“To facilitate this, the public car park off St Peter’s Road will close for the duration of the work.”

The destruction of the Connaught Street terrace – which has lain unused for several years – will require planning permission for which no timeline has been confirmed.

“[It] will be subject to a Part 8 Planning Permission application that will be published and available for view and comment as per standard Dublin City Council Part 8 procedures,” said the update.

The Council purchased the site from Bohemians for €3.8 million in the summer of 2015 and, in 2018, published plans for a brand new stadium to house both Bohs and neighbours Shelbourne.

Shels’ home stadium, Tolka Park, is also owned by the council and it is understood to be in line for development as a residential site in the future.

The council agreed to step in and purchase the site, on the proviso it would be retained for use as a municipal sports ground, as Bohs were no longer in a financial position to maintain it.

Bohs had previously had an agreement to sell the ground to developer Liam Carroll in 2006, while part of the ground, by the Tramway End, was sold to the Albion group in 2003.

Shelbourne also sold Tolka to the Council after getting into financial trouble during the boom, though the projected move to Phibsboro has been widely unpopular among Reds fans.

An action group entitled Save Tolka Park has been formed to petition the Council to retain both iconic stadiums as community goods in a city starved of public sports infrastructure.