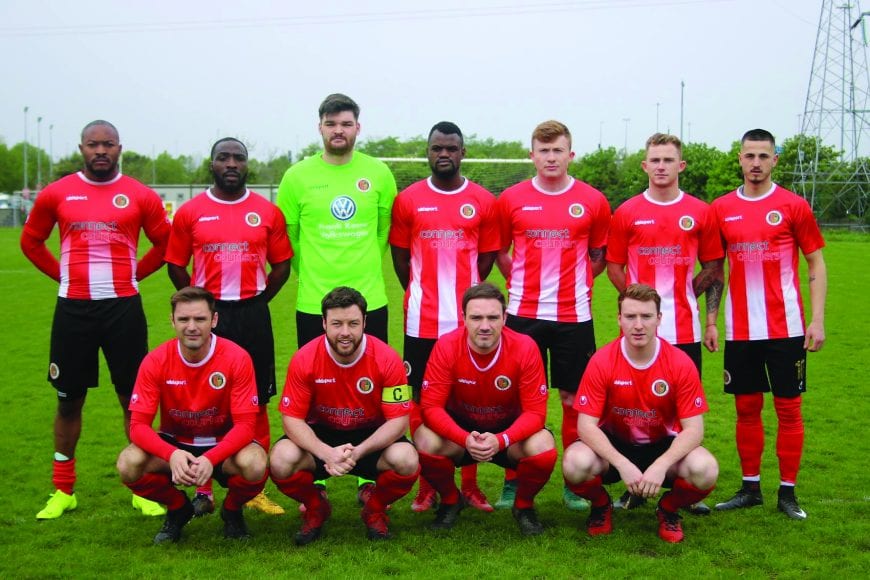 Lucan United manager John Doyle welcomed the opportunity to rest a few tired bodies ahead of their Lummy O’Reilly Cup semi-final against Mullingar Athletic next week.

The West Dublin club sealed the LSL Sunday Senior 1A title two weeks ago with a convincing 2-0 victory over promotion-chasing Kilnamanagh.

That result left them four points clear of Skerries Town and allowed Doyle to play fringe players in their 2-1 reverse to Portlaoise at the weekend.

He has seen the benefit of that squad in recent weeks as injuries and suspensions have begun to bite, but they carried on picking up the wins that brought the title to Lucan.

“The squad won the league,” Doyle tells the Dublin Gazette. “In previous seasons we were top of the league at Christmas and started picking up some five-card suspensions and injuries and stuff. We lost some games we shouldn’t have lost.

“This year we’ve got not a big squad, 18 or so, but what’s happened is we’ve made changes and tried to play as many of those 18 as we can as often as we can. It’s made a huge difference.

“If you’re going to win it with 11 or 12 players, you have to be very lucky. On the way, you have to not get injuries and not get suspensions.

“Most seasons you end up getting a few suspensions and a few injuries, and that’s why we have a bigger squad. And the squad is good.

“That was the thing, trying to keep them happy, because a lot of them if they’re not starting here they could be starting somewhere else. It was keeping them happy, but it worked out.”

Doyle doesn’t expect to see many changes to that squad in the summer, although the step up in level will require a couple of extra bodies.

They could also have the carrot of an FAI Senior Cup game, should they come through their tie with FAI Junior Cup semi-finalists Aisling Annacotty later this month or early in June.

“They’ll have to fit in because the squad this season has been great and if you’re bringing in two or three players they need to be the right players.

“When you do well in the league, obviously clubs in the higher divisions come looking for your players, and we’ll have that to deal with as well, but hopefully everybody will want to stay.

“Looking at last year, Maynooth and Edenderry, who came up from our division last year, both look they’re going to get promoted now.”

Calls for access to Stillorgan Reservoir site after redevelopment

Man appears in court over child ‘abduction’ in Finglas