Rovers tune up for Champions League date with derby win 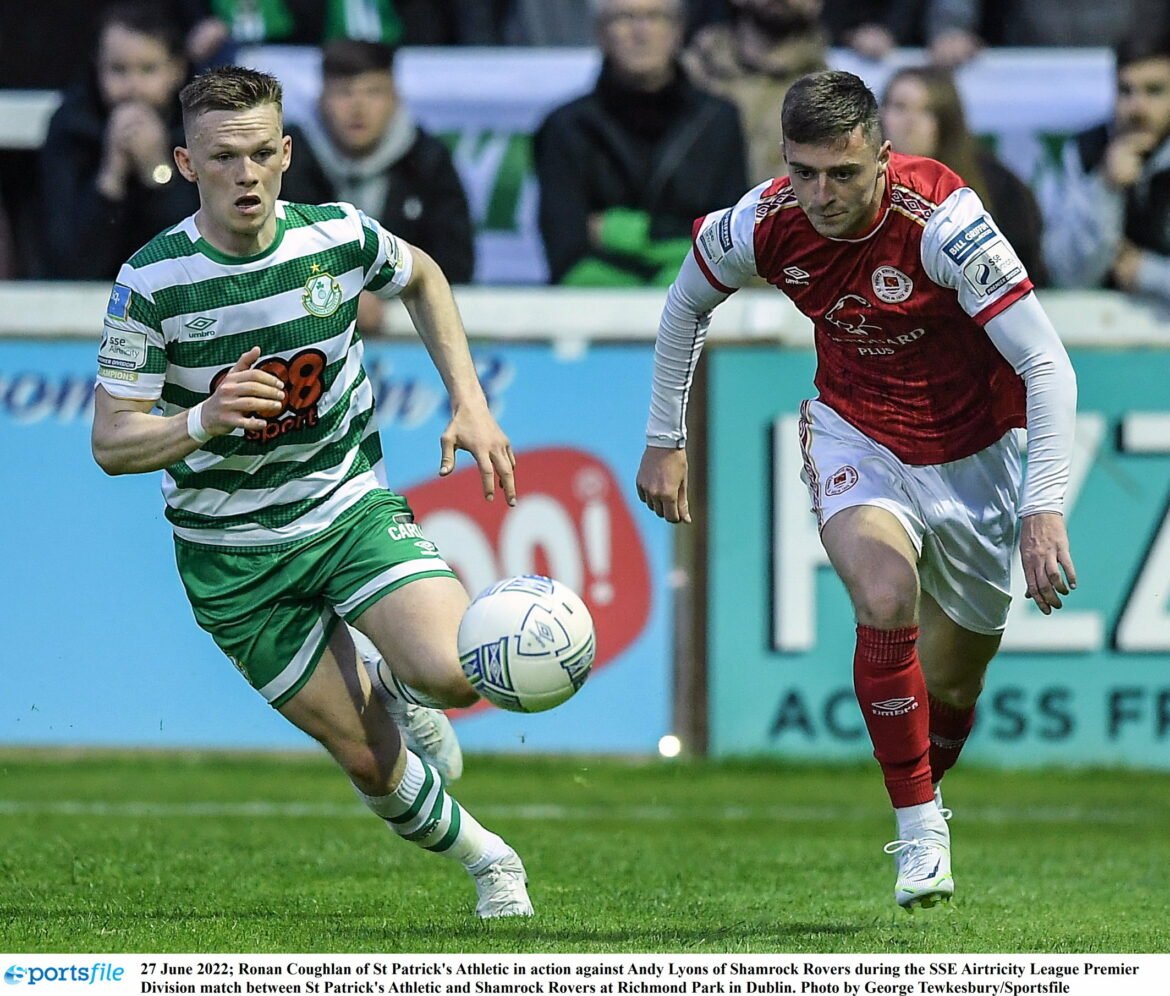 CHAMPIONS Shamrock Rovers’ preparations for next week’s UEFA Champions League qualifier clash with Malta’s Hibernians (Live on RTE Sport on Tuesday, kick-off 7.30pm) received a boost on Monday night as they got the better of Dublin rivals St St Pat’s.

Shamrock Rovers were missing some marquee players but nevertheless edged past St Patrick’s to extend their lead at the top of the Premier Division to ten points before 4,365 fans in Inchicore.

Dundalk have a couple of games in hand but, as the Rovers fans chanted, tonight is why Stephen Bradley’s men are champions and this was a professional display, albeit they had to survive a late scare.

In a lively encounter, goals from the excellent Andy Lyons and Aaron Greene showcased the depth of the Rovers panel, before Eoin Doyle’s consolation in injury time.

This concluded a frustrating few days for Saints, who blew a two-goal lead very late at Finn Harps Friday.

Rovers, meanwhile, will go to Harps Friday ahead of the beginning of their European adventure of 2022 next week.

Greene made it 2-0 on the break to seemingly secure the points.

Owolabi was sprung from the bench and looked sure to make it 2-1 only for Lee Grace to clear off the line. Owolabi may feel he should get more minutes in Richmond Park but Saints fans will feel he should have scored here.

It would have made for an unexpectedly tense conclusion for the visiting fans. Rovers had by now emptied the bench, adding some youth to their outfit in the shape of Aidomo Emakhu and the promising Irish underage international Justin Ferizaj, who made his senior debut here.

Owolabi is a handful and was brought down by Lee Grace in injury time, Doyle converting from the spot, but it was too late.