Castleknock Celtic Mini World Cup back with a bang in D15 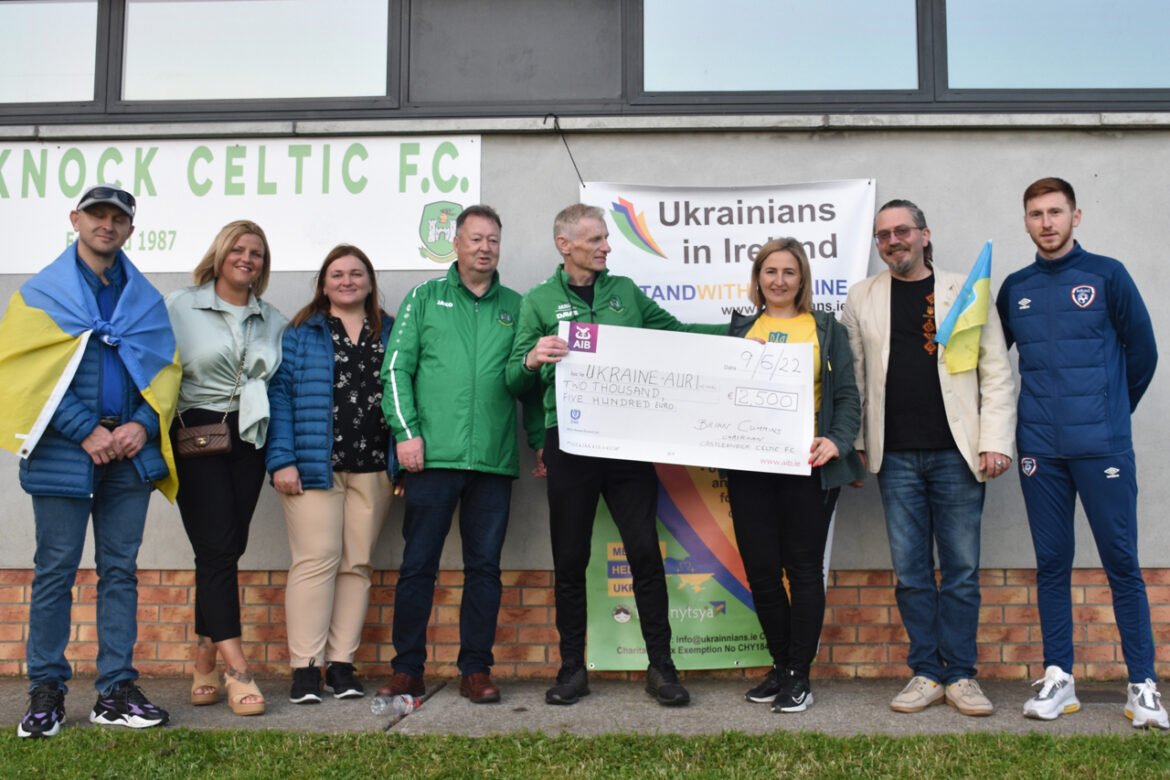 After a two-year break due to Covid-19 the Castleknock Celtic FC Mini World Cup was back and it was just like old times.

300 Children representing 32 countries from all over the world descended on Porterstown Park for a festival of football like no other.

Like the many nations taking part there were Boys and Girls from all over D15, whether their sport is soccer or not.

The Mini World Cup is about participation with the emphasis on fun, not just for the kids but also for parents, siblings and friends who had a chance to renew acquaintanceships.

Sometimes we forget how lucky we are in Ireland. This year with all that is going on in the world, Castleknock were keen that the theme of the week would be about celebrating life and sharing. With that in mind Castleknock twinned the Mini World Cup with a Charity Fundraiser for AURI (Association of Ukrainians in Ireland) with all funds raised going towards the provision of Medical supplies and support.

The event, aside from raising much needed funds kindly donated by all those attending, reached a pinnacle on Thursday night when a Ukranian team represented by Dynamo Dublin took on a Castleknock team representing Ireland. As at the Aviva stadium, the Ukrainian team, watched by a crowd of about 1,200, triumphed but somehow the result was irrelevant. After the game both teams received commemorative medals and Castleknock Chairman, Brian Cummins, presented a financial donation from Castleknock Celtic to Dr Alexander Boychak and Dr Alexander Yavorsky from the AURI Charity.

Meanwhile, the Children representing various national teams played daily. Amazingly all the teams made it to Finals Day on Super Saturday, which was only fitting, given the effort and not inconsiderable skill that the players displayed all week.

Super Saturday arrived and not even thunder showers could distract all the supporters as they welcomed the gladiators onto the pitch through a tunnel of noisy supporters who cheered on their heroes. The oohs and aahs could be heard all over the Park. Chairman, Brian Cummins, commented this is what sport and indeed Castleknock Celtic is all about, COMMUNITY. Today we have 300 children playing football and having fun. They are a credit to their families. I am so appreciative of the army of volunteers. The organisers, the Referees, the Coaches, who give so much to make this work. And it really is wonderful to see so many of our young Children’s Academy Coaches playing their part. On top of that we have had some of our Ukranian born members, their families and their friends on hand to manage the BBQ with the money raised going to the charity, AURI. A real Community event. Well done to all.

As the event wound to a close, the 2010 Age Group took to the pitch. This was the only age which had a knock-out element and it was perhaps written in the stars that UKRAINE would come though in a thrilling contest as they edged out Morocco 2-1 in a thrilling finale to a wonderful week. Councillor Howard Mahony and a Member of AURI were on hand all day to ensure that all 300 players took home a medal and a presentation pack that they fully deserved.

All in all a great week and judging by all the smiles on Saturday a successful Mini World Cup as all departed the festival of football for a well deserved rest.