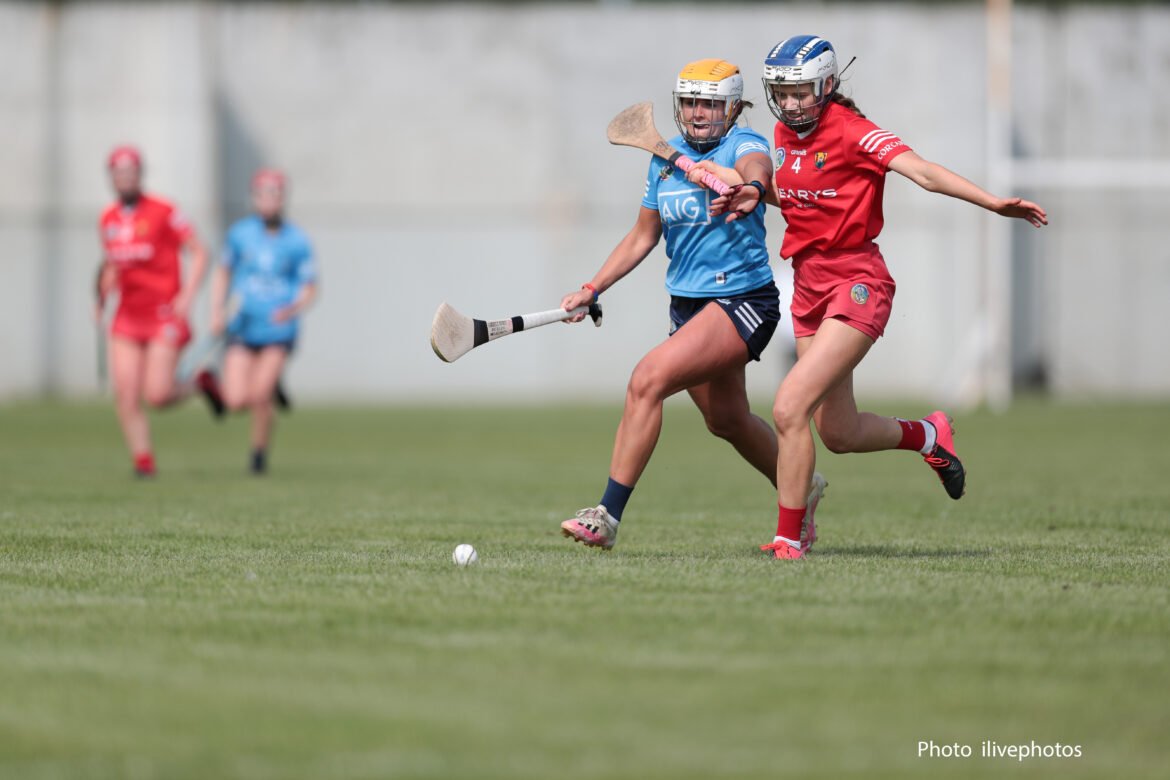 Katrina Mackey struck for both Cork goals and they were needed, as a run of nine points in a row from Dublin had left

them chasing shadows in the first-ever Pride Round in camogie history.

Cork threatened to run away with it in the first quarter, opening up a five-point advantage when Mackey dispatched to the Dublin net in the 15th minute, following up from Amy O’Connor and Saoirse McCarthy points.

That was the start of an astonishing scoring run as the Blues’ belief became bolstered. Aisling O’Neill followed up Finnegan’s score and the exciting attacker added her second after Aisling Maher split the uprights with a brace including one from a free, to move the home team ahead.

Maher made no mistake from a second placed ball for her third and it was 0-7 to 1-2 at half-time, Cork not having scored in 23 minutes, including eight minutes of injury time.

Matters didn’t improve immediately for Matthew Twomey’s unit after the resumption, as Finnegan and Twomey pointed in the opening two minutes.

O’Connor ended a lengthy scoring famine from a free that seemed to unscramble the collective Cork mindset.  They were quickly back on terms thanks to Kate Wall, Chloe Sigerson and Mackey and a feisty affair became dotted with yellow cards.

Cork edged ahead through O’Connor before Mackey plundered her second major in the 49th minute.

Dublin continued to fight mightily but Muireann Kelleher received her marching orders three minutes from the end of normal time, having been issued with her first yellow just six minutes earlier.

O’Connor and McCarthy pointed to confirm the win for the Rebelettes.

Wanderers Family Day on this Sunday