CAMOGIE: Dublin 15 side see off isles after extra-time in epic under-20 div 3 final 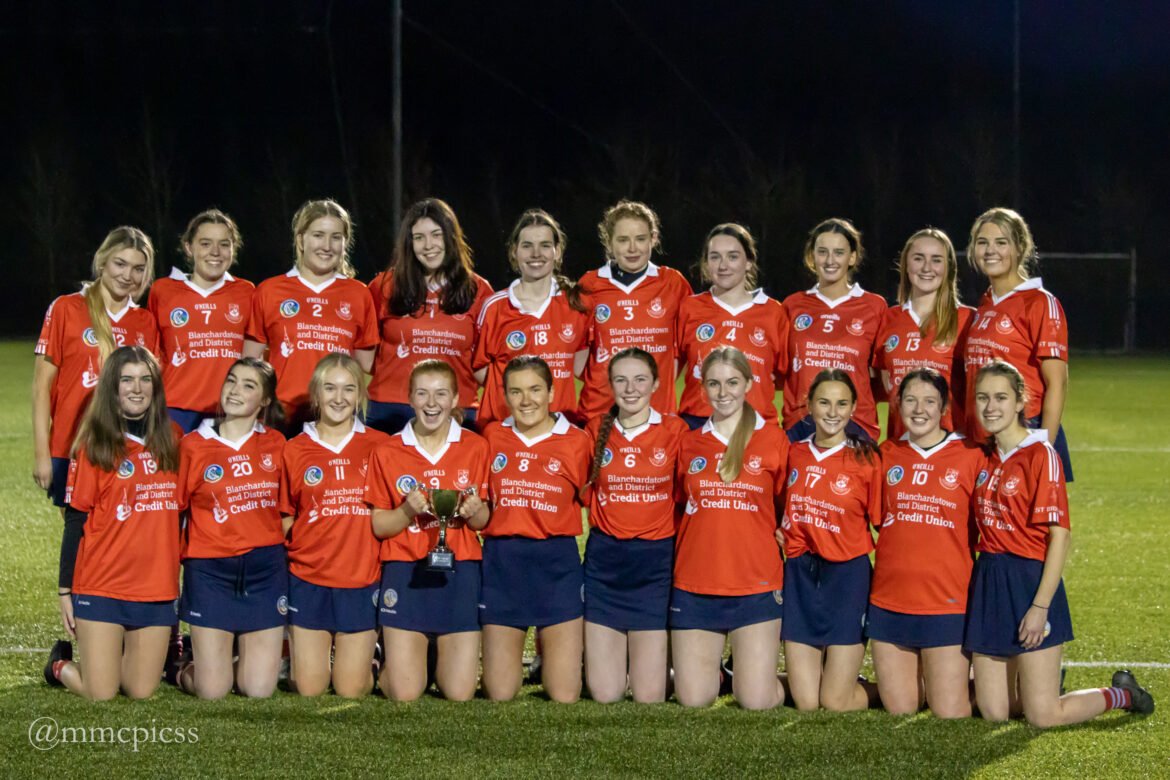 ST BRIGID’S saw off northisde rivals Erin’s Isle after a dramatic  shootout on 45s to lift the Dublin U-20 Division 3 championship title at Abbotstown just before Christmas.

This year was the first year of a competition at this age level and this dramatic match was decided by a 45s shoot out as the match ended in a tie after extra-time.

The game will live long in the memories of the players and spectators who witnessed an epic encounter.

The match had to be rescheduled due to Storm Barra and was played in calmer conditions at the National Sports Campus on December 16. Erin’s Isle were in control at half time leading by 2-4 to 1-2. The match was fast and furious and even the referee had to be replaced due to injury. Naomh Bríd had a very strong second half comeback and lay siege on the Erin’s Isle goal with the excellent Chelsea Smith repelling all shots on goal.  The Erin’s Isle goal was eventually breached by a penalty scored by Rachel Carey. That goal looked like it would be the deciding score but the drama that just the start of the drama. With time running out and Naomh Bríd ahead by one point Erin’s Isle threw everything at Naomh Bríd and won a penalty of their own with seconds remaining.

Erin’s Isle pointed the penalty to bring the match to extra-time with the match concluding 2-6 each.

Extra time followed with two periods of 10 minutes, and after the sides couldn’t be seperated Brigid’s took the title on 45s.

eWith their momentum from the conclusion of the match Erin’s Isle controlled the first period and led by a point at the break. Erin’s Isle went a further point ahead before Naomh Brid registered a score in extra time. Erin’s Isle held a two-point lead in the dying minutes but the never say die attitude from Naomh Bríd came to the fore and resulted in points from Ella Curtin and Rachel Carey to draw the match in extra time.

A 45s shoot out then decided the outcome with Naomh Bríd winning 2-1. Eimear O’Reilly and Sinead Cuggy scored the 1st and 4th 45 for Naomh Bríd and with Erin’s Isle missing their 5th and final 45 the celebrations began for Naomh Bríd. The two teams put on a wonderful show of camogie and it was hard on Erin’s Isle to lose out in this way.