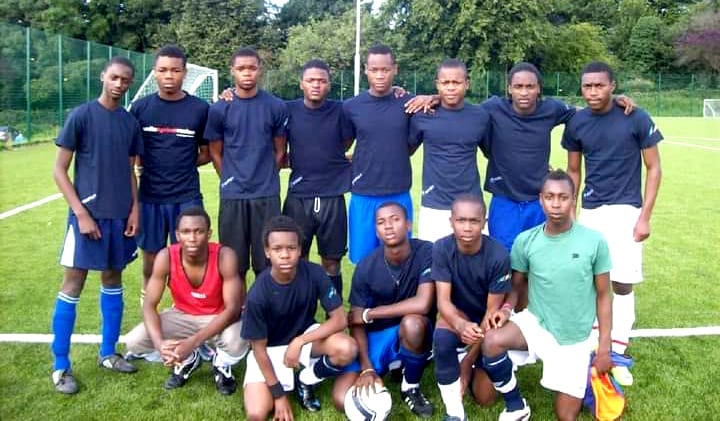 SPORTING figures in Blanchardstown have come together to call for a public inquiry into the death of George Nkencho late last year.

His friends from his football club Insaka AFC, which provides a safe footballing environment for young men from migrant communities in the Blanchardstown area, have joined the call.

A tribute game in honour of Nkencho and his friend Toyoshi Shittabey, who was stabbed to death in a racist murder in 2010, will take place in mid-June in Tyrrelstown, Covid restrictions permitting.

27-year-old Nkencho was shot dead by a Garda Armed Response United outside his home in Clonee, Co Dublin, on December 30 following an alleged violent altercation in a nearby supermarket.

Up to six bullets were fired on the Dubliner while his parents and siblings listened from behind the shut front door, as he suffered what has been described as a “mental health incident”.

The Nkencho family finally laid their son and brother to rest on March 13, more than two months after his death, and they have also called for an independent inquiry.

An Garda Siochana’s Ombudsman (GSOC) is currently conducting an inquiry but the family have requested an independent investigation be conducted.

Ken McCue, International and Education Officer with Sport Against Racism Ireland (SARI) and founder of Insaka, has joined a chorus of voices demanding an impartial inquiry take place.

McCue released a statement on April 22 to coincide with the 28th anniversary of the murder of Stephen Lawrence in London, calling for action to be taken.

“When I was manager of the football team, we lost Toyosi Shittabey in a racist murder in 2010,” McCue said in a statement.

“At that time, he was our Stephen Lawrence. On December 30 last, we lost another player. Today, I am calling for a public inquiry into the violent death of George Nkencho.”

The planned tribute game had been scheduled to take place in November to honour Toyosi and Nkencho – who was close friends with the tragic teenager – had been due to take part.

Some of the club’s alumni, some of whom are playing professionally in Europe and North America, had been due to travel back but the game was postponed due to Covid-19 restrictions.

Losing another friend in tragic circumstances has inflicted a second wave of grief on the local African-Irish community.

One glimmer of light amid the gloomy prognosis is news that Glentoran have renewed their support for the Insaka academy for three more years.

Public health-permitting, the club will launch academies for girls and boys from ages 13-15 and 15-18 and rejoin the North Dublin Schoolboy League, where they had such success in past years.

“Three are working in the academy and James Igwilo is back from the academy in Nigeria,” McCue told the Dublin Gazette.

“We have an open-door academy, Saturday mornings and after that you’d filter down players to a squad of maybe 16 or 17 and enter into the NDSL Under-17.”

Click on link to read more on this weeks Digital Edition – https://dublingazette.com/digital-editions/DublinGazette29042021/index.html

Catalytic converters worth €600,000 seized by gardai