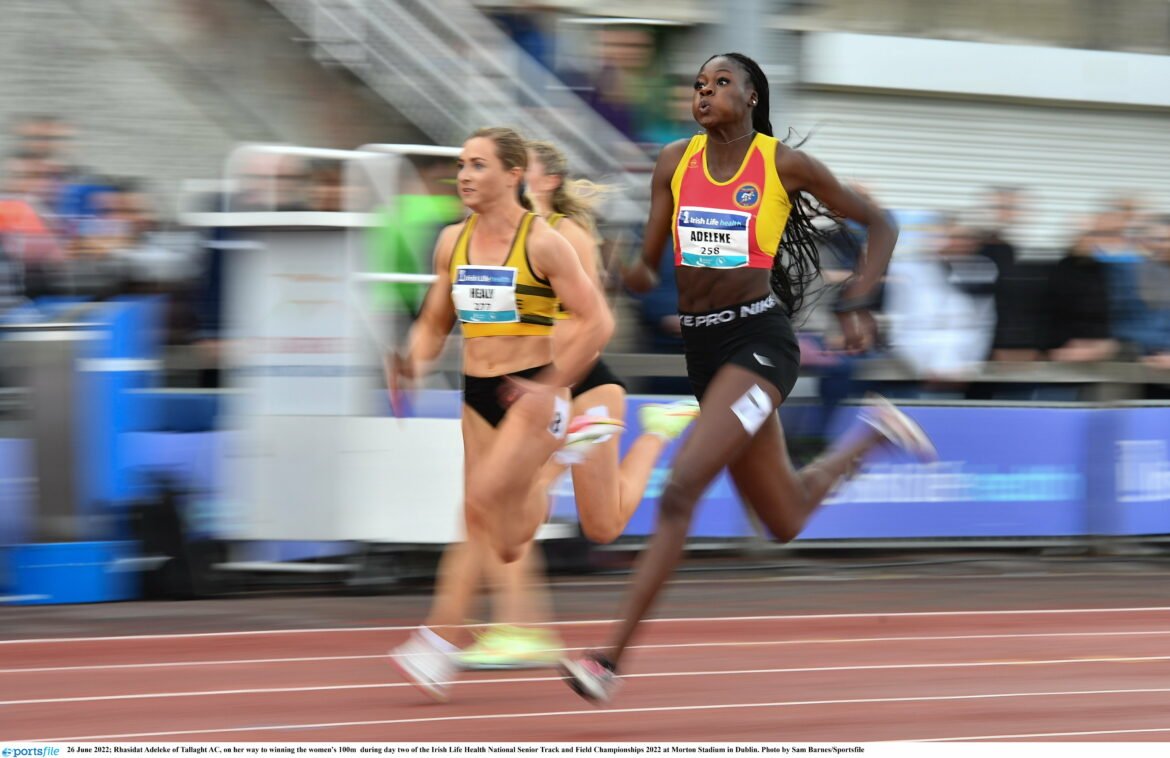 Teenage sprint star Rhasidat Adeleke shook off the effects of jetlag to claim a thrilling women’s 100m with Molly Scott, the 19-year-old Tallaght athlete clocking 11.68 to Scott’s 11.69 into a stiff 2.6m/s headwind.

“Midway through the race I was like, ‘oh my God, I’m out of this,’” said Adeleke, who flew in from the US on Wednesday. “If I didn’t win I wouldn’t have minded too much as I haven’t really been working on the 100, but I’ve been working on my start.”

It’s been an astonishing year for Adeleke, who set Irish records at 60m, 200m, 300m and 400m, and while she remains undecided on competing at the Europeans in Munich in August, she will target next month’s World Championships in Oregon over 200m or 400m.

“I’ve been doing a lot of endurance, strength work and I’ll have to see how my body feels after Worlds,” she said.

Asked what the difference has been since relocating to the University of Texas, where she’s trained by renowned coach Edrick Floreal, she said: “Competing at Texas has built my mental game. I came from Ireland and got so used to winning here, so it was a shock to the system, but I’m making my way up and hopefully I can continue to make progress.”

“It felt good, I’m really happy with that,” said Olatunde. “I’ve been really patient this year with training and races, not forcing things, and that’s something I’m learning: to put in the work and let things happen.”

The women’s 400m produced a superb clash between Sophie Becker and Phil Healy, with Raheny star Becker coming from behind to edge victory in 52.34.

Phil was not letting that go. All that was going through my head was, ‘hold on.’”

There was a thrilling three-way battle in the men’s 5000m, won in fine style by UCD’s Darragh McElhinney, with a blazing last lap of 55 seconds to hit the line in 13:53.84 ahead of Hiko Tonosa and Efrem Gidey.

“I probably learned my lesson about going too early,” said McElhinney, who got out-kicked by Tonosa at the National Cross Country Championships last year.

“I flirted with the idea of going with a mile to go, but I saw how windy it was and didn’t fancy being out on my own for any longer than I had to be.”