Top Posts
Dig Deep, Remain Steady: Mary Lou McDonald speaks...
The Liberties say farewell to comedian Brendan Grace
Some of the world’s biggest acts to hit...
We’re Confused Too: Dublin Gazette dragged into Election...
Win tickets to Coldplay at Croke Park #NOW...
Wines for your wedding – Why It’s Wise...
When Deciding And Doing Goes Hand-In-Hand
Anorexia And Bulimia Not The Only Eating Disorders
Janey Mac, I’m getting married!
Gaels Don’t Want To Create A Storm On...
Aisling wins €15,000 and the chance to have...
Woodbine Park Post Office Closing Its Doors
Strong Opposition To Privatisation Of Leisure Centre
Boden Power through go ahead Senior Hurling Championship...
Peter ‘Franc’ Kelly On What To Do When...
CompetitionsSportWhat’s On?

A look ahead to Cuala’s big final and your chance to WIN tickets! #NOWCLOSED

The rise of Cuala in the stick and ball game over the past few years has been remarkable, with Cian O’Callaghan and his brother Con key to that success.

Having won their first-ever All-Ireland title in 2017, building on the success of a Leinster championship the previous year, the attention surrounding Cuala has been immense. 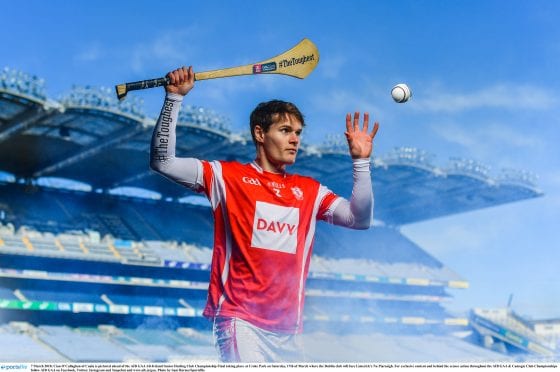 The 23-year-old has lived through the hype surrounding the club’s ascent, and he feels the build-up this time round has been more relaxed as they get to grips with their newfound status.

While Cuala have been rightly installed as favourites to make it two from two against the Limerick club, the players have mostly been insulated from the fanfare that surrounds their every move.

“It’s definitely been a bit more subdued this year,” he said ahead of the showdown at Croke Park at the weekend.

“Probably the novelty has worn off, but I’m sure behind the scenes there’s a lot of that stuff. As a player, I haven’t seen it and I’m thankful I haven’t.”

Much of the attention surrounding the final has been less about whether Cuala can make it back-to-back titles as to whether Dublin star Paul Schutte will regain fitness in time.

O’Callaghan’s defensive partner missed the semi-final win over Liam Mellows with a hamstring injury but all signs point to his recovery in time for the big day out.

“Paul was a small bit off playing against Liam Mellows. And the rehab, by all accounts, has gone really well. He’s done this in the past, when he’s got himself right for big games.”

The hero of the win over Galway side Liam Mellows was Cian’s younger brother Con, the dual-code behemoth who has won almost everything there is to win in men’s GAA over the past 24 months. 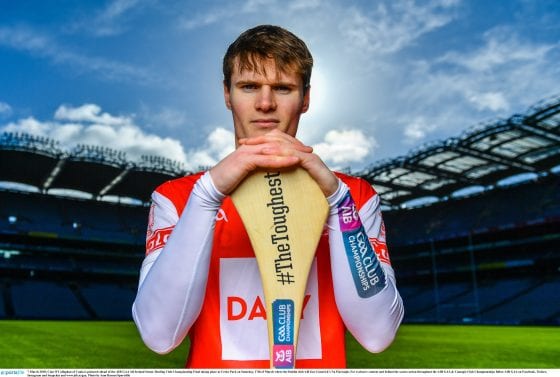 Cian OCallaghan of Cuala is pictured ahead of the AIB GAA All-Ireland Senior Hurling Club Championship Final taking place at Croke Park on Saturday, 17th of March where the Dublin club will face Limericks Na Piarsaigh. Photo by Sam Barnes/Sportsfile

He scored four points during last month’s semi-final in Thurles as Cuala ran up an early lead before coasting home by 1-17 to 1-10.

Cian backs the breakout star of Dublin GAA to back that up in the final as he continues to carry his lofty status with consummate humility.

“Con understands how important it is to have his two feet on the ground,” O’Callaghan continued.

“It helps he’s sharing a dressing-room with the likes of Ciarán Kilkenny and Brian Fenton – lads who have come through that extra attention, whether it be the media or the public.

“He can buzz ideas off them and how best to manage that – what works well and what doesn’t work.”

CUALA ONE STEP CLOSER – Amid the icy wind and rain, Dalkey club pull clear in the second half to beat Liam Mellows and move within a win of historic SHC title retention

Want to WIN tickets to the final?

To be in with a chance of winning 2 tickets to this years AIB GAA Hurling All-Ireland club championship final on Saturday 17th March in Croke Park, simply answer the question below:

Winners will be announced on Friday 16th March 2018.

Don’t forget to pick up the new Dublin Gazette this Thursday to read our interview with The Cuala Ultras, how they came to be and how they are looking forward to this week’s final!

The Ark and Dublin Theatre Festival present What...

No hassle in the Castle for Lady Jane!

Four games to be screened Live on Dubs...