A TREE of Hope in memory of those who have committed suicide was planted in Griffeen Valley Park last Saturday, July 22.
Cllr Ruth Nolan (Ind) requested the planting and was in attendance with Cllr Charlie O Connor (FF), who read a poem for at the event. The maple tree was donated by South Dublin County Council’s Parks department. 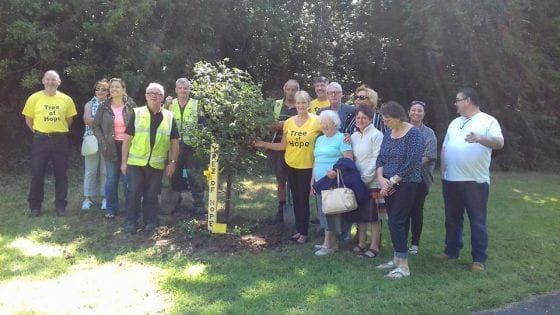 Cllr Nolan said: “We have lost three people to suicide in Lucan recently. The tree will be a focal point in the community as a symbol to all affected by suicide. The Tree Of Hope is planted as a symbol of support to all sadly affected by a suicide or living with mental health issues, and our hope is that as the tree grows in strength, so will the people who are hurting, and as the branches reach out, that people in a dark place will reach out to someone and ask for help.”
Cllr Nolan thanked Tree of Hope founder Noeleen Fulham and her team of Ashling Stanley, Niall Fulham and Chris Collins for all of their hard work on the project. 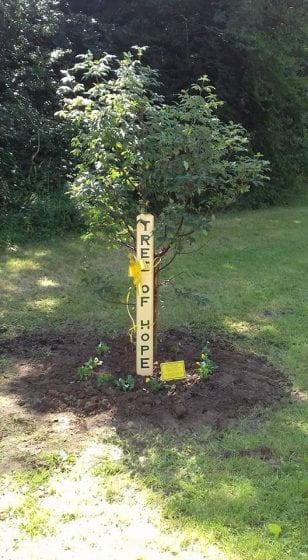 Victim speaks out after rapist jailed for...

Soccer club is hit by vandals

10/07/2014
We use cookies to ensure that we give you the best experience on our website. If you continue to use this site we will assume that you are happy with it.Ok