Gavin Leonard, originally from Tallaght, began to realise that many people shared his frustration with the way women are represented in fairytales and decided to do something about it.

Making up short stories to tell his two-year-old daughter, Jade, gave the Gavin the idea to create a world of independent, capable princesses who are not afraid to follow their dreams – and who won’t wait around to be saved.

“When Jade was just one-year-old, we started trying out as many careers as we could,” said Gavin.

“She loved our fun days out and the idea sort of developed from there.”

Gavin started his parenting blog, Not Just a Princess, last year. The blog tells the story of Gavin and Jade’s adventures. 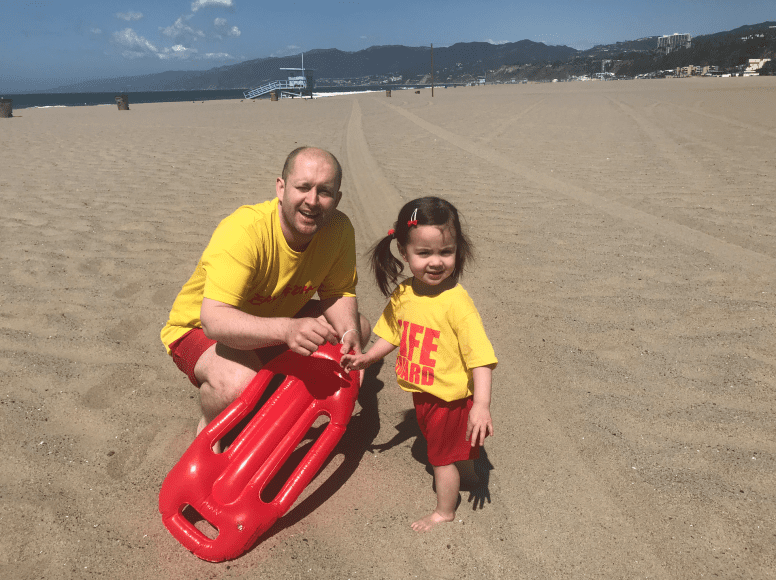 Gavin and Jade on one of their days out

As the following for Not Just a Princess grew, Gavin began to further develop the concept and decided to write his own series of books about strong, innovative princesses, their careers and the support and help they offer to each other.

Each princess has a unique set of skills and, along with her animal sidekick, helps people to solve problems around the fictional Wonderville.

“From a very young age, children develop specific ideas about gender roles – what toys, books or careers are for boys and which ones are for girls,” said Gavin.

“We want to breakdown the barriers around gender roles and teach girls that they can be whatever they want to be; they have the choice.

“For this to happen we need to make sure that girls everywhere can see themselves represented in the strong female role models that we create at Not Just a Princess, which is why we have such a diverse range of princesses throughout our book series.”

Not Just a Princess will launch its new book series on Kickstarter on August 22nd, for more details visit www.notjustaprincessworld.com.

Irish Blue Cross to host Bark in the Park in Tallaght

Raid terror staff: ‘We are too scared...

24/05/2018
We use cookies to ensure that we give you the best experience on our website. If you continue to use this site we will assume that you are happy with it.Ok