PLANS for a new housing development in Tubber Lane have been met with opposition from locals.

The plans lodged with South Dublin County Council provide for 176 residential units, including 54 apartments which will be built in five-storey blocks.

Cllr William Lavell (FG) told The Gazette that he has lodged an objection to the plans and that local residents had also done so as they feel that the site is not in a suitable location.

He said that he felt that housing should be built in the zones designated as higher-density zones in the Adamstown Strategic Development Plan.

He said: “The proposal has shocked a lot of people in Lucan because they feel it is almost Celtic Tiger over-development, building whatever we can wherever we can.”

Cllr Lavelle said that while he acknowledged the need to build more houses in light of the current housing crisis, he felt that building at Tubber Lane contradicted best planning practices. 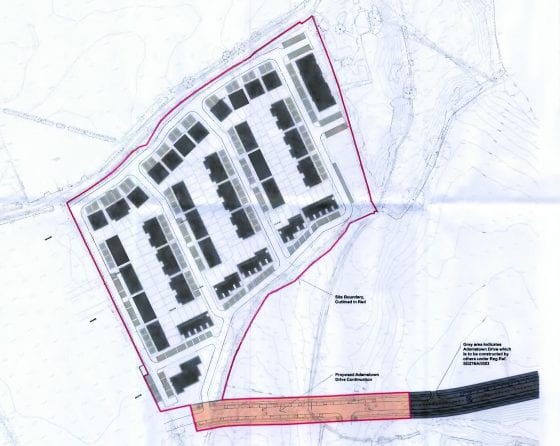 “While I support sustainable housing development at Adamstown, linked to new transport infrastructure, this proposal represents unacceptable over-development in a rural area.

“The whole idea of Adamstown is that higher-density [development] would be close to the rail station, not on the rural fringes,” he said.

Cllr Lavelle added that he felt that the necessary infrastructure was not in place that would allow the development to proceed smoothly.

“The Government have given money for the Adamstown to Celbridge link road. I’ve also said we shouldn’t be building those houses until that road is built, because that would tie in with the principle of putting in new infrastructure first.”

He said that he was disappointed be the decision to increase the proposed densities of building in Adamstown.

“In 2013, councillors – including myself – voted to reduce proposed development densities at Adamstown to align them with national best-practice guidelines.

“We are now paying the price for An Bord Pleanala’s decision, following an appeal, to increase densities back up.

“This is why we are seeing ridiculous plans for five-storey apartment blocks in rural fields.”

Yesterday (Wednesday, August 2) was the closing date for objections to be submitted. A decision on the application is expected in the coming weeks.

Round Tower Heritage Centre is the ‘jewel of...

Man killed in N7 head-on collision has been...

Communion girl Carly thanks heroes who saved her...

New short film is the Cherry on the...

Gaeilgeoiri set to draw community together

27/02/2014
We use cookies to ensure that we give you the best experience on our website. If you continue to use this site we will assume that you are happy with it.Ok