There were over 600 submissions lodged by members of the public prior to the publication of the Manager’s Report on the project in December, with residents citing concerns over issues such as public transport and housing density.

But many councillors expressed disappointment that the report did not differ in any substantial way from the original plan.

Councillors had until Sunday (Jan 14) to submit motions proposing alterations to the plan.

Dublin Gazette contacted all councillors in the Lucan and Clondalkin areas to ask them what they would like to see changed on the plan.

Cllr Francis Timmons (Ind) said: “I have many concerns about the proposed SDZ and will be pushing and supporting several amendments.

“The need for housing both affordable and social is one of my main concerns. Traffic and community facilities are also vitally important and must happen in conjunction with the delivery of housing.” 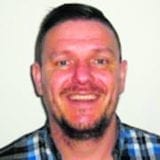 Cllr Mark Ward (SF) said: “The Manager’s Report was very disappointing. The changes that were suggested were minimal.

“People and groups that made submissions feel let down by the process and that their concerns are not being addressed.

“The plan is now in the hands of county councillors who will have the opportunity to table and vote on amendments in January.”

He added that he would like to see an increase in social housing in the SDZ.

“26% of the land zoned for development in the SDZ is council land,” he said.

“We will be at a minimal seeking 26% social housing in addition to 10% of the remaining properties through the Part 5 planning process.” 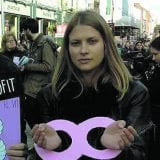 Cllr Madeleine Johansson (PBP) said: “I have submitted two motions relating to traffic, the first one comments on the method of using 2011 traffic data for projections and suggests that at the earliest possible time a new report should be produced using the 2016 census data, which will more accurately reflect current traffic and travel behavior.

“The second motion suggests that the Lucan Luas should be included in the Phasing scheme in order to ensure that public transport can sustain a growing community.”

Cllr Ruth Nolan (Ind) also raised concerns about the lack of a Luas running to the area.

She said: “I’ve called for the Luas and for the National Transport Authority to be called into the council to ask what is their plans with the Luas.” 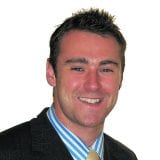 Cllr Trevor Gilligan (FF) said: “I have met with several residents groups. At a meeting in 2017 in which at least 100 – 200 residents attended, several concerns were raised.

“Residents in Alpine and Ashwood are particularly concerned about access in and out of Ashwood.

“Proper infrastructure and more importantly, transport needs to be addressed by the council. This will bring a lot of traffic to Clondalkin so I am hoping for a positive response.”

Cllr Emer Higgins said: “FG are asking that Kishogue Train Station is opened before development begins and for phasing to be linked to the delivery of key infrastructure projects.

“We are also seeking stipulations around the height of new dwellings adjacent to existing homes to ensure existing residents aren’t overlooked.

“FG are asking for the pepper-potting of social housing at the current rate of 10% and for social housing plans to be cognisant of the exiting social mix of adjacent established estates to ensure a diverse and inclusive mix throughout the overall area.

“To us this includes specific homes for older people who may be seeking to downsize.

“The Government is currently devising a new affordable housing scheme and, personally, I don’t think we need to wait until this is finalised before making a statement of intent that this SDZ should cater to private purchasers who wish to live in Clonburris and couldn’t otherwise afford to.”

Cllr Higgins and Cllr Nolan also highlighted the need for a fire station.

Cllr Liona O’Toole (Ind) said that she felt lessons could be learned from mistakes made in building the nearby Adamstown SDZ.

She said: “My concern is ensuring we make this a sustainable community for generations to come.

“As someone who has lived in the Lucan area for over 20 years and in particular South/New Lucan, I’ve seen how development can be processed at speed and with not enough thought on design and future outcomes and we should all learn from this.” 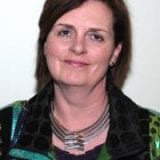 Cllr Breeda Bonner (Lab) said she had submitted a number of motions and agreed that lessons should be learned from the past.

She said: “I intend to work as hard as I can to ensure that the plan for Clonburris is improved as much as possible during the coming phase whereby the motions are dealt with.

“I look forward to working with my colleagues on the council to bring about the very best plan that we can. There is absolutely no doubt that the homes planned for are required.

“What we need to ensure is that the new homes are integrated with existing communities and that vital and good communities are created.

“I know that there is a huge responsibility on the current council members to ensure that we do the very best that we can.

“The plan as it was drawn up has lots of positives, with a much lower density than the previous plan for the area.

“I would hope that we can succeed in improving the plan and in reflecting and addressing the concerns of residents and groups who have made submissions throughout the consultation phase.”

The motions will be debated at a series of public meetings on January 26, 29, 30 and 31 at the council offices in Tallaght.

Council sells off land in Killinarden for €14m