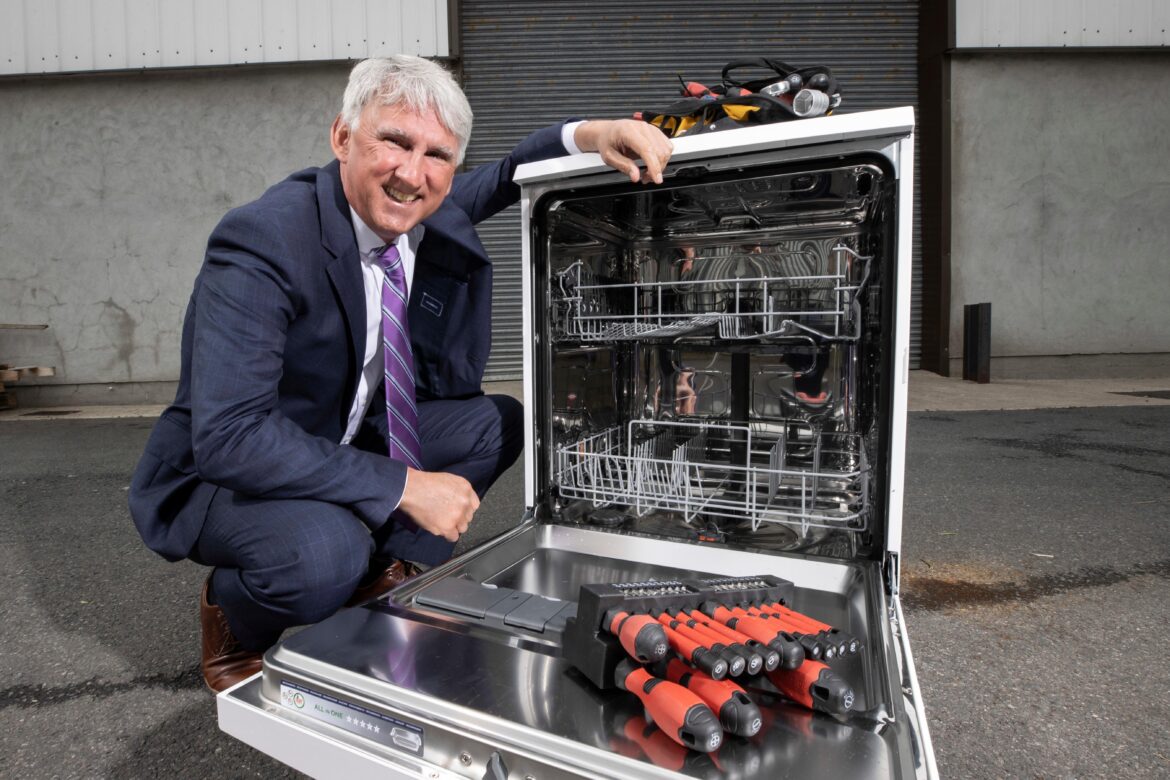 Irish consumers recycled a record number of electrical items last year, but the country’s largest e-waste scheme has warned that its unsustainable targets need to change to reflect a more circular economy.

Despite ever-rising public awareness and participation, targets do not count circular strategies already undertaken by businesses and consumers to prevent e-waste, including reuse and repair.

WEEE Ireland is one of the best performing recycling schemes in Europe, with a record 18.7 million waste electrical items collected in 2021, the organisation’s annual report has revealed.

The equivalent of over 54 million used AA portable batteries were also prevented from ending up in landfill.

However, the changing nature of products that power our lives mean that the recycling versus sales targets that benchmark the European WEEE system are no longer fit for purpose.

“As a nation we are consuming more electrical goods than ever. The annual tonnage on the market rose by 50% in six years to 22kg a head last year, with 69 million units placed on the market in 2021.

“We need to recognise that many larger appliances don’t reach end of life for many years through design and repair strategies,” said WEEE Ireland CEO, Leo Donovan.

“If we are buying more electronics, we need to adopt a one plug in, one plug out mantra as we do not have enough raw materials in the ground to keep up with growing global demand.

“Although our percentage takeback levels are far above the European average, the distance to our mandatory 65% take back target is widening every year.

“The changing nature of products and their lifecycles, mean that the simple linear weight system is no longer fit for purpose.

“If a laptop is repaired or reused it is not currently  counted towards Ireland’s environmental performance.

“New home technologies such as solar PV panels and heat pumps, for example, are large tonnage items which now have a life span of more than 15-20 years thanks to innovation by the producers.

“They will not reach end of life for recycling for decades and yet still count in today’s target measurements.

“The same has happened in lighting where long-lasting LED bulbs are changing the nature of the landscape previously dominated by short use incandescent bulbs.”

Mr Donovan also cited the support from the White Goods sector in Ireland to grow the level of reuse and repair, with their new Circular Economy Skills Initiative course aiming to produce enough Irish experts to ensure thousands of washing machines, fridges and dishwashers are given a new lease of life.

“We need targets to benchmark our systems and drive improvement, but the legacy linear WEEE targets are not measuring true progress across the European e-waste system, and you must ask if they are fit for purpose,” said Mr Donovan.

“We need to rapidly incentivise the transformation across the industry to deliver a more circular and resource efficient economy. An all-actors approach is needed through documentation of the flows of all appliances and their materials by everyone involved in the value chain.”

WEEE Ireland accounts for over two thirds of all national waste electrical and electronics collection activity on behalf of 1,296 producer members.

In 2021, the equivalent of 231,179 tonnes of CO2 emissions were avoided by recycling e-waste through the WEEE Ireland Scheme as opposed to landfilling. That is the equivalent of the annual carbon consumption of 4,624 hectares of trees.

An average of 94% of material across the WEEE categories was recovered for use again in manufacturing or final energy recovery. The 20,702 tonnes of iron recovered is enough to build almost three Eiffel Towers.

The country’s largest electrical and battery recycling scheme also exceeded the EU’s 45% target for waste portable batteries in 2021 by 1% – with 1,085 tonnes collected, a 16% increase on 2020.

57% of electrical waste was collected from retailer sites – up 233 tonnes on the previous year, and the seventh year of increases, while 28% was collected at local authority sites.

Sample caption: WEEE Ireland CEO, Leo Donovan, is warning that the rise in repairing, reuse and second-hand export of electrical goods must be counted towards Ireland’s recycling targets if we are serious about developing a circular economy, after a record year for the country’s largest recycling scheme.

WEEE Ireland (Waste, Electrical and Electronic Equipment) is a not-for-profit organisation, founded by Producers of electrical and electronic appliances to help them comply with the legal obligations imposed by the EU Battery Directive 2006/66/EC and WEEE Directive 2012/19/EU.

WEEE Ireland manages the collection of household e-waste, lighting and solar PV equipment and batteries from authorised collection points for recycling, on behalf of over 1,200 producer members.

WEEE Ireland’s objective is to provide cost effective quality compliance for producers to meet the requirements of the regulations whilst minimising the cost to the consumer.

There are a number of recycling operators certified to the WEEELABEX standard on the Island of Ireland: KMK Metals Recycling Tullamore, Irish Lamp Recycling Athy, ENVA Toomebridge fridge recycling in Northern Ireland and Wistek in Cork.