Ongoing vandalism in Finglas playground impacting the little ones 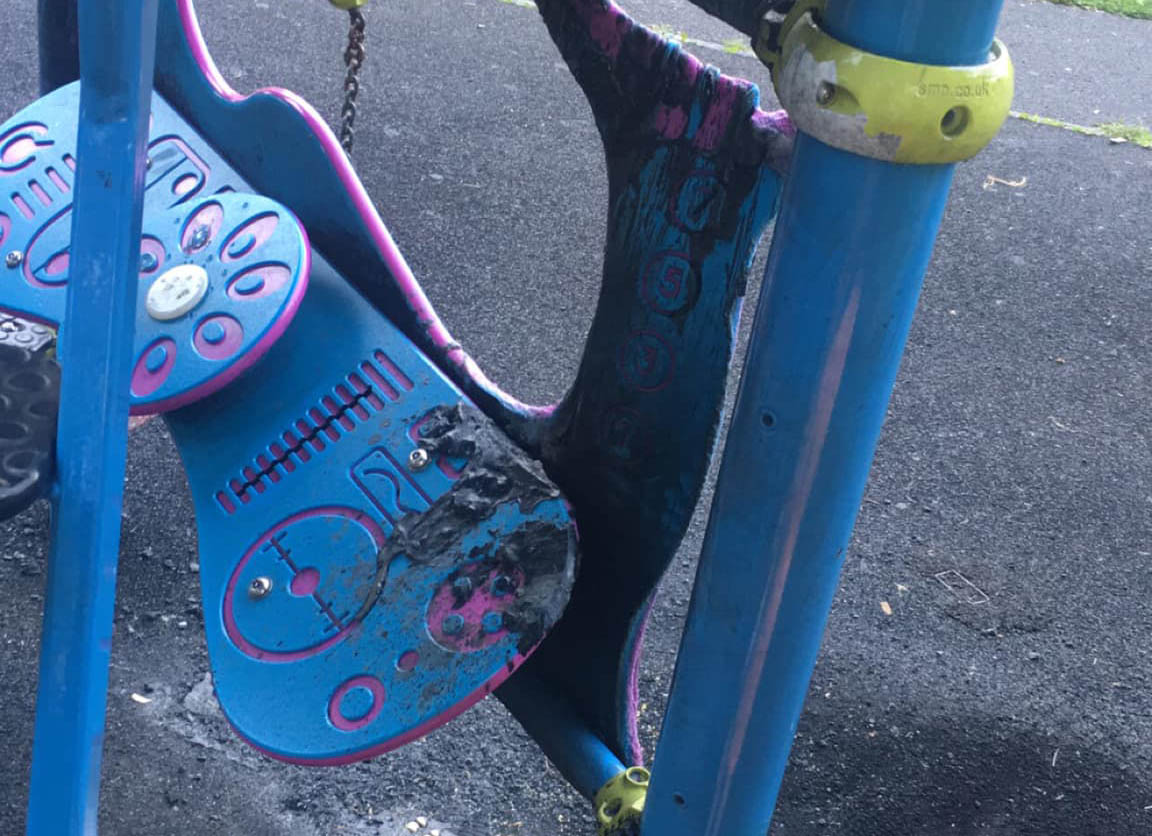 Vandalism in a Finglas playground, is an ongoing issue and ruining amenities for the little ones, says mother of two Tara Graham Burke.

“I brought my two girls, Layla (2) and Charlie-Mae (1) to the playground by Tolka River in Finglas on Thursday last (June 23) and was horrified to see more damage done.

“I’m saying more because over the past year, this has been an ongoing issue. It was terrible – my girls love that playground and my two-year-old was crying because I wouldn’t let her stay.

“I’m really angry about this. I’m tired of the older kids around here ruining everything for the babies, the little ones.”

Ms Graham Burke said she couldn’t be sure when the latest vandalism occurred; it was Thursday 23 when she visited the playground which she and her daughters frequent on a regular basis.

“I’d go down every few days as I live two minutes away. Every time we go down it’s worse,” said Ms Graham Burke. “Something else burned or bags of rubbish on fire, slides and swings missing. It’s not fair on the little ones.”

A spokesperson for Dublin City Council stated the council “condemns such mindless and wanton vandalism which will have such a negative impact on local children, particularly as they start their summer holidays.

“While anti-social behaviour is a matter for the Gardaí, one area where the community could help is to secure their domestic bins which would prevent them being dragged into the park and set alight beneath play equipment.”

The Garda Press Office stated they had no records of any vandalism reported for the playground in question. Cllr Noeleen Reilly (Ind for Ballymun-Finglas) stated she would address the matter at council level.