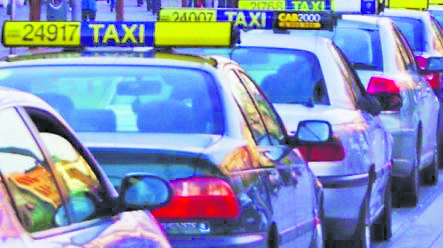 “Swift action is urgently needed to increase the numbers of taxis in Dublin,” claims Neale Richmond, TD for Dublin Rathdown.

“People are left wandering the streets after a night out trying to hail a taxi in person or through an app, often competing with hundreds of people for a handful of taxis,” noted the FG TD.

“According to figures released to me by the Minister for Transport Eamon Ryan, so far in 2022 there have only been 32 additional taxis and licensed vehicles added to our ranks, giving us a total of 10,087 taxis in Dublin.

“Whether it is day or night, weekday or weekend, accessing a taxi in the city has become extremely difficult since the lifting of pandemic restrictions – people are left wandering the streets after a night out trying to hail a taxi in person or through an app.”

“Not only do we have a lack of taxis, but drivers are choosing not to work when we need them the most. Only 29% of taxi drivers are currently working during the evenings, weekends or on bank holidays.”

In response, the National Transport Authority (NTA) acknowledged the increasing demand for transport late at night, particularly at weekends “and improving the availability of taxis late at night is certainly part of the solution.”

A spokesperson for the NTA stated: “Thanks to a NTA recruitment campaign, 3,000 taxi drivers attracted into the industry between 2018 and 2019, but Covid resulted in some drivers leaving the industry.

“This decline has slowed down and 229 new SPSV driver licences have been issued so far this year for drivers in Dublin.”

The NTA noted a fares revision will take effect in September next, with an average taxi fare increase of 12%. However, the increase will be weighted towards those drivers operating between 8pm and 8am. This will provide an incentive for taxi drivers to operate late at night, at times when demand is currently outstripping supply.”

Deputy Richmond, however, stated he felt the increased costs should not fall on passengers who are already facing increased prices everywhere they turn.

““We need to help incentivise people to turn to this career; by reducing the costs of taxi licenses and slashing the cost of airport taxi permits, as well as removing unnecessary bureaucracy that makes it difficult for drivers with suitable vehicles to access these licenses. An easy transfer of licenses between family members should also be examined as a potential solution,” claimed Deputy Richmond.

The NTA is about to embark on a recruitment campaign to attract more drivers.

“The last time we did this in 2018, we attracted an additional 3,000 drivers into the industry over a couple of years.

“But taxis are only one part of the jigsaw, and increasingly buses are offering late-night services to customers. Demand for late-night transport is increasing and the NTA, in partnership with public transport operators such as Dublin Bus and Bus Eireann, are pro-actively taking steps to meet that demand.

“As recently as 2019, there were zero late-night bus services on the TFI network in Dublin, but in just three years, that has changed dramatically and there are now eight, with more planned this year and in coming years.

“Rail and light rail are more challenging, but we are evaluating options in terms of improving the late-night offering,” concluded the NTA spokesperson

Deputy Richmond added “Apps such as Uber and Lyft can also help to meet the demand as in most European cities.  But we must improve our late-night public transport options – including more 24-hour Dublin Bus services, more Nitelink routes and more late-night LUAS services.”

Deputy Paul McAuliffe (FF) also raised the matter among Topical Issues in the Dáil on Tuesday night last (June 21) noting the urgency of the matter.