New stand at Tallaght Stadium will increase capacity to 10,000 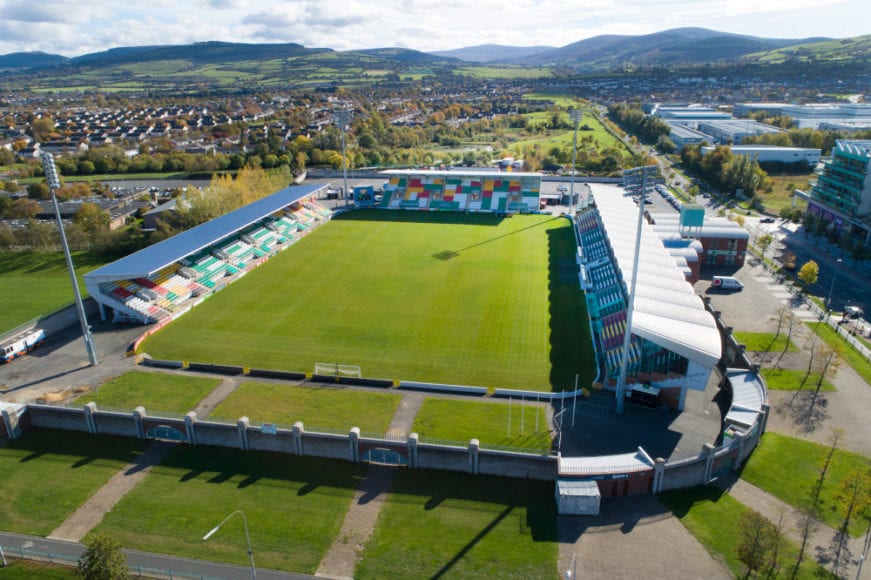 Tallaght Stadium is set for a €4.7m redevelopment to bring its capacity up to 10,000 and create a new VIP area.

Last year the stadium increased its capacity to 8,000 with the addition of the South Stand and now South Dublin County Council is asking architects to submit design proposals for a fourth stand to the north of the stadium plus a remodelled west stand with an additional floor to accommodate VIP facilities for up to 200 people.

In its request for tenders for the work, it includes costs of €2.9m for the North Stand, which will have a capacity of 2,000, and €1.8m for the West stand.

The council also wants to add retail units at street level to recoup the cost of their investment.

Following redevelopment, the stadium could accommodate over 20,000 people for music gigs and other events.

In the decade since opening its doors in 2009, Tallaght Stadium has increased capacity, improved facilities and provided the home ground for all Shamrock Rovers’ games in the Airtricity League.

The stadium has hosted many big events, such as the Special Olympics’ Opening Ceremony in 2018 and Cristiano Ronaldo’s Real Madrid debut, as well as many memorable games for Shamrock Rovers and the Ireland Women’s football team.

A spokesperson for South Dublin County Council explained to Dublin Gazette how they plan to make the stadium bigger.

“South Dublin County Council engaged Cooney Architects to look at options for developing the North Stand, to complete the Stadium,” the spokesperson said.

“Cooney Architects presented an Options Report, on the proposed development of the North Stand, along with proposed changes to the existing Main Stand, to the Corporate Policy Group and to the December 2018 Council Meeting.

“The Report looked at the future of the Stadium as continuing to host the sporting events, including Shamrock Rovers and FAI International games, as well as becoming an event venue for the County.

“The venue to be promoted for use during the day, for Corporate, Business and Training events as well as a potentially unique wedding venue.

“The venue would be for the local community, the whole county and for visitors from outside the county to use and visit.”

“The Stadium currently has a capacity of 8,000, and the Options Report looked at increasing the capacity to 10,000, as well as looking at UEFA Category 4 facility requirements.

“The Report considered the enhanced flexibility of use in the venue, as well as looking at futureproofing the development.

“The Report looked at developing improved Press facilities and seating as well as additional Corporate capacity in a new second floor to be developed in the existing Main Stand, where much of the anticipated Corporate, Business and Wedding events would take place.

“Following the positive reception of the Options Report at the Council meeting, a Tender Process for the design of the North Stand and Main Stand modifications for the Part 8 process has commenced, with the Part 8 Consultation process to follow.”

Bakers rise to the occasion to whip up nearly €129,000 for Temple Street