‘Storm thrill seekers should be prosecuted’

A toddler was seen perched atop Rush pier as its parents took photos, and several people breached a safety barrier at Howth harbour to take selfies in the water.

A number of swimmers blatantly defied a red weather warning and a ban on entering the sea and took to the water in Portmarnock, where there were also reports of surfers.

The Fianna Fail deputy said he planned to draft new legislation, telling The Gazette: “I’m not trying to be a killjoy, I know there are extreme sports, but this was a red weather alert. Their heedless actions were insane, absolutely insane, and must be condemned.”

Fingal is now counting the cost of the hurricane – the worst here for 50 years – as the clean-up continues.

Deputy O’Brien added: “People swimming at the height of the storm were putting other people’s lives in danger. They were told to stay away from the harbours and out of the water. 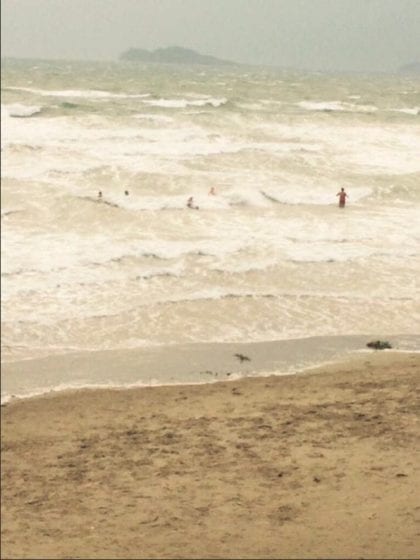 “When I think of the ultimate sacrifice the crew of Rescue 116 made, where four people lost their lives… we need legislation to protect our emergency services from having to risk life and limb for this kind of nonsense.”

He said reckless behaviour putting others in danger is covered under the 1997 Non-Fatal Offences Against the Person Act punishable by a fine of up to €2,000 or jail. But the Fianna Fail TD thinks the penalties should be tougher. 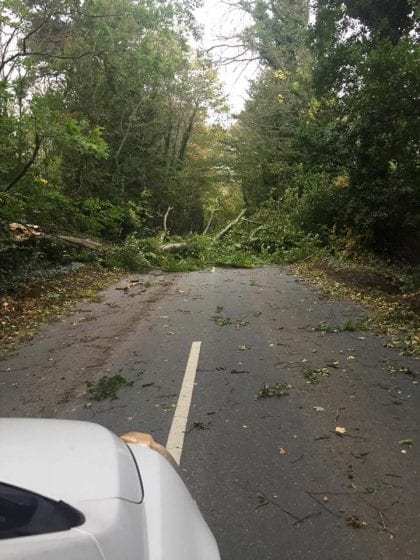 A tree blocks the road at Turvey Avenue in Donabate.

He said: “I am currently looking into what amendments can be made to the legislation. Three people lost their lives in tragic circumstances while others chose to put theirs at risk for little more than a thrill.”

A photo posted on Facebook on Monday shortly after 2.30pm – as the worst of the weather hit the coastline – showed adults and children on the pier in Rush. It read: “Glad to see hurricane watching the latest sport to sweep Rush… at least 15 down the harbour (including dogs and children). The majority down the back taking pics while holding onto the bars.”

One person commented: “If they get into difficulty the rescue services have to put their lives at risk to save these total gobshites. I’d leave them to it if they are that stupid and let the emergency services rescue genuine people in trouble.”

Howth Coast Guard revealed members repeatedly had to rescue people who entered breaking waves on piers and bridges to take selfies. A spokesperson said: “Some members of the public ignored the warnings and passed signs closing off dangerous areas.” 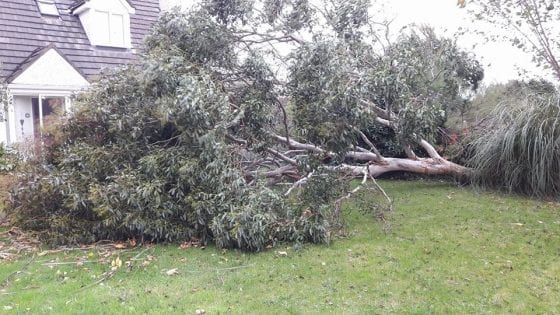 A tree felled by the gales in Roganstown. Pictures: Facebook/ Sandra Duffy

A council spokesperson revealed: “A 90-minute lull in the weather enabled crews to leave their depots and clear fallen trees, branches and other debris. The clean-up commenced in earnest at first light on Tuesday.”

Senator James Reilly called for a special fund to assist farmers in north county Dublin who cannot access insurance for glasshouses and polytunnels ripped apart in the storm.

He said: “Fingal is Ireland’s primary horticultural region. These growers will need funds to carry out repairs.”

A new ‘inclusive’ city farm in the pipeline...

Polska Gazeta: Looking to a fintech future with...

There’ll be nothing rubbish about this year’s Junk...

07/03/2019
We use cookies to ensure that we give you the best experience on our website. If you continue to use this site we will assume that you are happy with it.Ok