Locals delight as The Steinlarger Cup comes to Churchtown 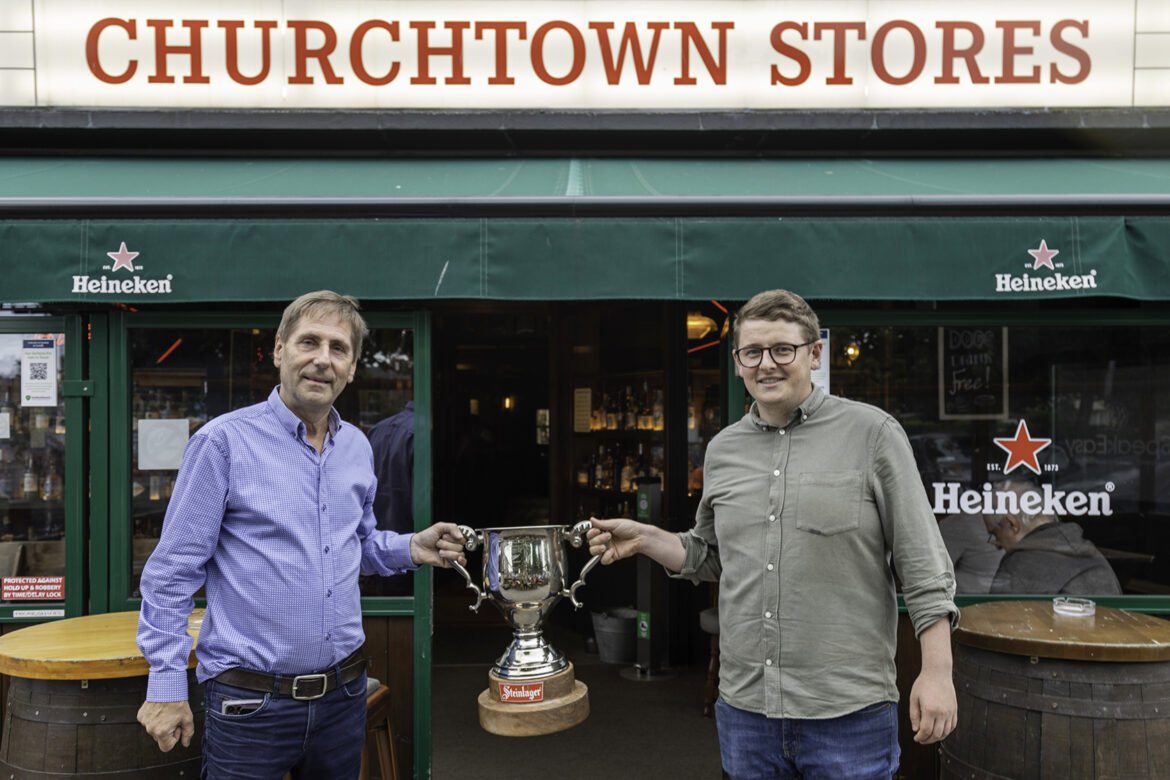 Churchtown Stores had a very special visitor recently, none other than the Steinlarger Rugby Cup. Won by Ireland in their recent series victory against the mighty All Blacks.

Owner Pat Coman and manager John Delaney have seen many different characters walk through the doors of their famous bar, but perhaps none so grand as the Steinlarger Cup, marking Ireland’s first ever series win on New Zealand soil.

Ireland created history as they wrapped up their summer tour with an enthralling 32-22 victor in Wellington to take the test series.

First half tries from Josh van der Flier, Hugo Keenan and Robbie Henshaw were boosted by two conversions and a penalty from captain Jonathan Sexton, giving the tourists a 22-3 half-time lead.

In the second half three tries saw New Zealand come back within three points of Ireland, but Sexton converted what proved to be a match-winning 64th-minute try from replacement Rob Herring.

See the gallery below as Churchtown locals get up close with the elusive cup.