A 50-year-old man has died after being shot at Bray Boxing Club on Tuesday. He has been named as Robert Messett.

The incident happened at about 6.55am and two other men aged 35 and 57 were seriously injured and taken to hospital. Gardai described their injuries as serious, but not life-threatening.

Boxing trainer Pete Taylor, the father of world and former Olympic champion Katie Taylor, was one of those injured. 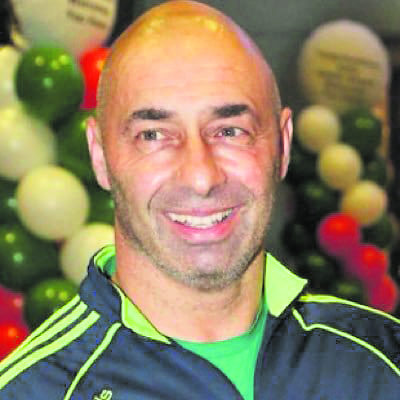 The club was set up by Katie’s dad and is home to other Olympic boxers, including former Irish champion Adam Nolan. Katie Taylor also trained at Bray Boxing Club during her amateur career.

At least one gunman entered the club and opened fire. Following examination of CCTV in the area, Gardai are appealing for information for a silver coloured Volkswagen Caddy with Northern Irish plates, which was used in the shooting.

It is believed that this van travelled from Bray through Shankill and the Cornelscourt area before being abandoned on Pigeon House Road at approximately 8.05am, where a male was seen leaving the van and cycling away.

Superintendent Pat Ward said it is too early to say if the three men were targeted and the motive for the attack is still unclear.

In a statement, Fianna Fail Spokesperson on Justice, Jim O’Callaghan said the shooting in Bray is a worrying development and has urged anyone with information to come forward.

Deputy O’Callaghan said: “This was a crime of the most violent nature which took place in a coastal commuter town at a time when people were out walking and heading off to work or school.

“The gardai have done tremendous work in recent months in foiling numerous attempts to carry out shootings in the capital, but this morning’s early morning shootings are a worrying development.

“I urge anyone with information to bring it to the attention of the gardai immediately. I also wish those who were injured in this morning’s shooting a full and quick recovery,” Deputy O’Callaghan added.

Anyone with any information or dash cam footage is asked to contact Bray Garda Station on 01 6665300, the Garda Confidential Telephone Line 1800 666 111 or any Garda Station.

Longitude is having a negative impact on...

Families could be hit with bills of...

12/07/2018
We use cookies to ensure that we give you the best experience on our website. If you continue to use this site we will assume that you are happy with it.Ok