Be prepared, for a very special visitor

Outgoing Taoiseach Enda Kenny officially opened Scouting Ireland’s newly refurbished training and conference centre at Larch Hill last week. During his visit Mr Kenny had the opportunity to meet with members of Scouting Ireland in a campsite constructed in honour of the occasion. The Taoiseach was met on arrival by a flag party and inspected a Guard of Honour comprising of 20 youth members of Scouting Ireland. He even had time to pose with photographer  Julien Behal who brought us these fantastic pictures. Scouting Ireland has spent over €1 million refurbishing the centre which welcomes over 20,000 scouts from Ireland and across the globe every year. 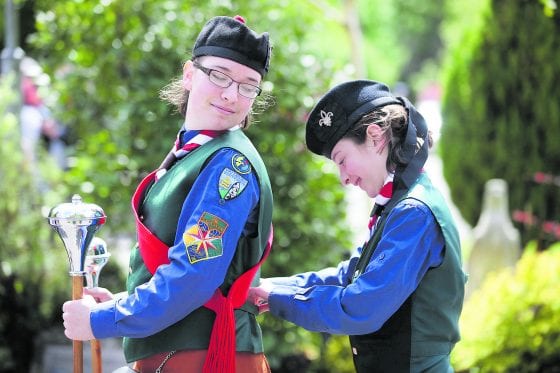 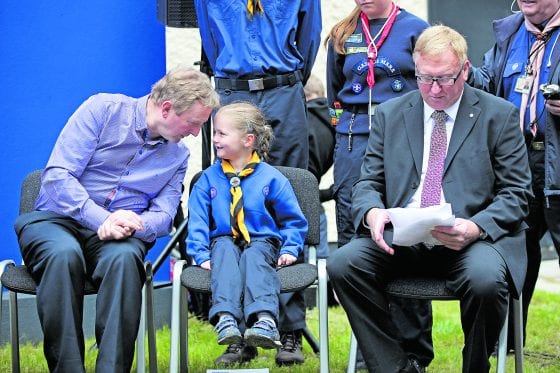 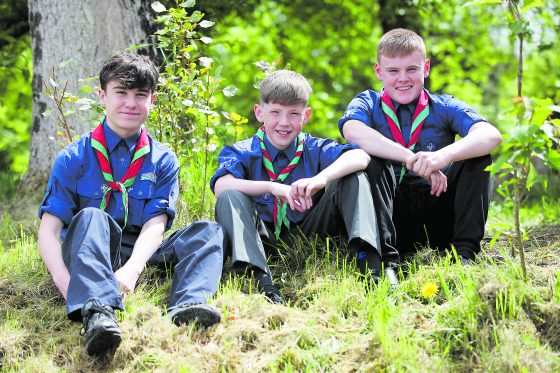 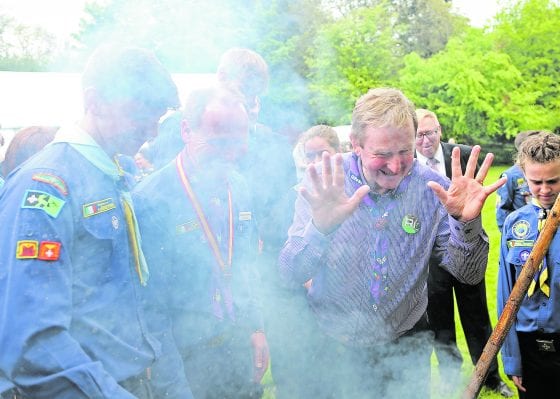 Enda Kenny with the chief Scout Christy McCann at a campfire 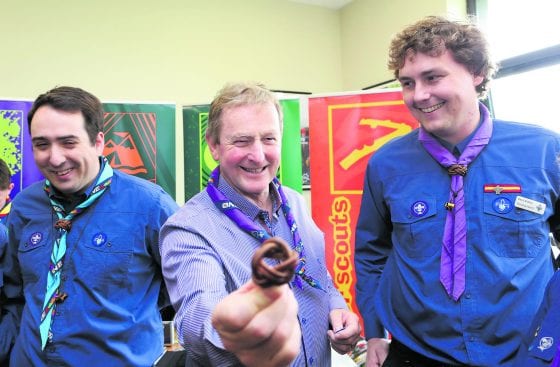 The outgoing Taoiseach holding a ‘woggle’ 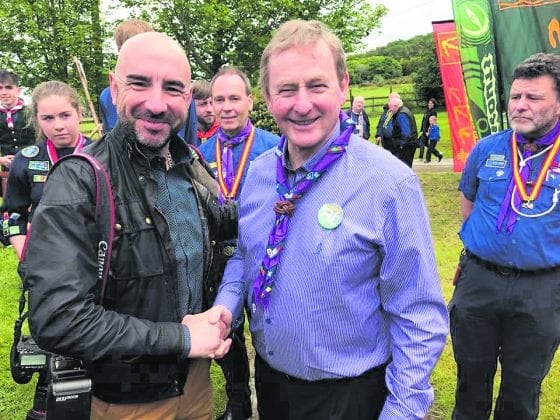 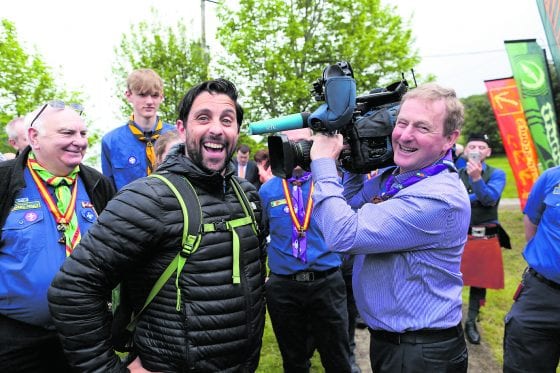 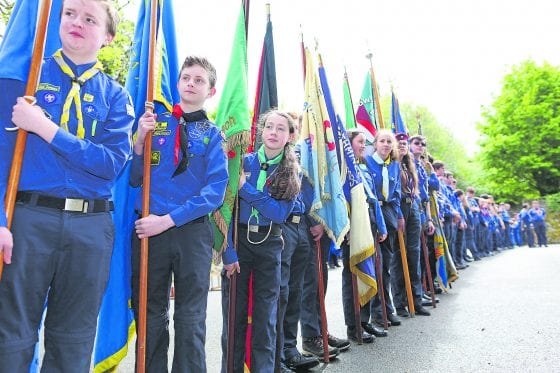