Local councillors have expressed fury over the Department of Transport announcing that Dun Laoghaire Harbour Company is to be transferred to Dun Laoghaire-Rathdown County Council (DLRCC).

The council took over the running of the company on October 3, which means the council will take on full responsibility of the management and operation of the 200-year old harbour.

The council said there will be “no interruption in service delivery from the harbour as staff and contracts all transfer directly.”

Chief executive of DLRCC Philomena Poole said: “While it is very disappointing and will present challenges to the council that no funding has been made available to
resolve the infrastructure issues, we will work with stakeholders to safeguard a positive, vibrant future for the Harbour and maximise on its heritage and economic potential.”

Some local councillors said they are now faced with a huge financial burden which will massively compromise the council’s ability to deliver services locally.

In a letter to Minister Eoghan Murphy shown to Dublin Gazette, Councillor Barry Ward (FG) said he is disappointed that “absolutely no financial provision” has been made for the “estimated €33.5 million debt that comes with it”.

“We, as councillors, are enthusiastic about taking responsibility for Dun Laoghaire Harbour, and working to restore its status. All we have asked for is an indemnity against enormous debts that are not ours.

“When the OPW handed DLH over to the newlycreated Harbour Company in the 1990s, it did so with a clean slate. That slate is now in a bad way, but I think it is only fair that it should be passed to us as it was received.”

Councillor Cormac Devlin (FF) said: “I don’t for a second doubt the economic and tourism worth of the harbour in our town, but the Minister could have at very least made an effort to resolve financial issues before announcing its transfer.”

Green Party TD for Dublin Rathdown, Catherine Martin said: “It is of serious concern that the taxpayers in Dun Laoghaire Rathdown look set to face the burden of the debt that comes with the transfer of Dun Laoghaire Harbour Company to the council. This will inevitably place vital investment in key community facilities and resources at risk.”

President of the Dun Laoghaire Rathdown Chamber, Aileen Eglington said: “While the Chamber welcomes the harbour back into the county with local management, the Chamber would be concerned that capital investments in the county does not suffer, or that a burden is placed on either businesses or their employees.”

However, TD for Dun Laoghaire and chairperson of the Save Our Seafront group, Richard Boyd Barrett (PBP) said the transfer is a “victory for people power”.

He said: “With the Harbour now under council control, the public can have a real say in the protection and future development of the Harbour and could ensure that the harbour was developed to its full potential as a public amenity for all.”

In response about concerns over of a “€33.5 million debt” coming with the transfer of the harbour to the council, a spokesperson for the Department of Transport told Dublin Gazette: “The port has substantial net assets as well as a healthy bank cash balance, which will transfer to the council and will allow for any necessary infrastructural works to be carried out without any impact on local projects or LPT.

“The port will also get a welcome boost to their income from a new tenant following the granting of the planning application for the Harbour Innovation Campus.” 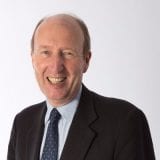 Minister Shane Ross said: “This is a hugely beneficial and exciting step, not just for the people of Dun Laoghaire, but for all of South Dublin.

“The transfer of Dun Laoghaire Harbour to Dun Laoghaire Rathdown County Council will ensure that this amenity can now be developed to enhance every aspect of local life in Dun Laoghaire and surrounding environs.

“Contrary to recent media reports and some local commentary, this transfer is a net gain for local residents. The Port has money in the bank as well as substantial assets, all of which will transfer to Dun Laoghaire Rathdown County Council.

“Consequently the council is in a position to carry out any necessary infrastructural works without any adverse impact on local projects or Local Property Taxes.

“This transfer will ensure that the harbour can continue to grow as a centre of marine leisure, maritime tourism, and also as a cultural hub.”

Burglaries on the up in Glasnevin, says Policing Forum

Can Anyone Beat This Rainbow Artwork?

Another Leo Celebrated at Bloomsday Festival