A proposed new student accommodation development in Stillorgan has been slammed by local councillors, citing it as “a disgrace”.

“Res”, a development by Cairn Homes, has lodged planning permission with An Bord Pleanala for 576 bed spaces and 103 apartments on Lower Kilmacud Road. The site formerly housed Esmonde Motors and Blake’s Restaurant, and has been derelict for a number of years. Cairn Homes has owned the site since 2016.

Independent Dun Laoghaire Rathdown councillor Deirdre Donnelly has said that the development would not be suitable for the local Stillorgan village area, and that residents’ views have not been considered.

“There is a real need for some high-quality accommodation in the area. There are young families trying to get on the property ladder and purchase an apartment.

“There are others who are looking for a home to rent because they work in town, and this site is perfect given its proximity to the N11 bus corridor. It is absolutely scandalous that a prime site would be considered for anything else,” Cllr Donnelly said.

With UCD receiving planning permission for over 2,000 on-campus beds in recent weeks, the councillor questions why the area has been chosen for student accommodation. The university is less than 10 minutes drive away.

“There is nothing in the Stillorgan area for students. There’s no local facilities, apart from the shopping centre and Boland’s pub across the road,” she said.

“When you take Christmas and Easter reading weeks, study time and exam correction days into account, it is surprising how many days students are not on campus. These units will be vacant for a number of weeks each year,” Cllr Donnelly said.

She says that developers are “abusing” the new “fast track” Strategic Housing Development scheme by An Bord Pleanala, a process she deems “undemocratic”.

The new process allows developers to apply for planning permission directly to the board, and to by-pass the local authority stage for developments of 200 plus student bed spaces, or housing developments of 100 plus units.

As well as the residential aspect, the plans propose retail, cafe and restaurant facilities alongside a “co-working” space. It will consist of four different buildings and will range from four to nine storeys in height.

“This ‘fast track’ system encourages the building of ‘shoeboxes’ by developers, who will be long gone when there are any problems,” Cllr Donnelly said, citing it as “undemocratic” that the developers can bypass the council.

Fine Gael councillor John Kennedy echoed Cllr Donnelly’s concerns that the proposed development will not suit the area and will appear “out of place” in the village.

“Design aspects should be considered for this development. It should be ornate and fit in with the other buildings already in the area. It’s in the heart of the village, and will have a drastic impact on Stillorgan,” Cllr Kennedy said.

Both councillors had concerns that there was a lack of awareness in the local community in regard to the development, especially as the local authority was by-passed in the application process.

“It’s not good that there is less community awareness surrounding this development. It’s now too late for residents’ associations to register their concerns, with many still not fully aware about what’s to come,” Cllr Kennedy said.

Dublin Gazette tried to contact Cairn Homes but had not received a reply at the time of going to press.

A decision on the site is due by April 19. 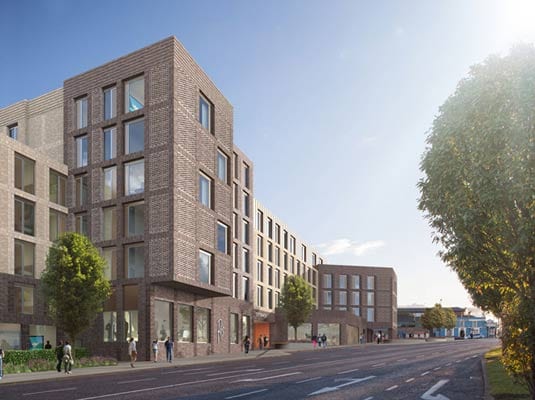 “Leo Varadkar’s equality is that of the...

Locals pool demands for amenity to be...