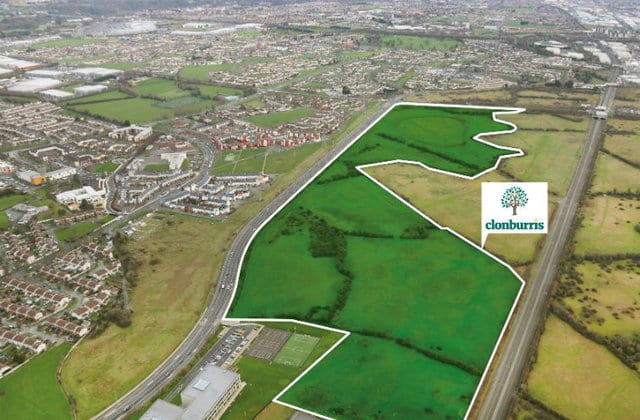 South Dublin County Council has launched a new portal for provisional expressions of interest from the public for the provision of affordable homes.

The launch of the portal follows the recent allocation of €18 million to South Dublin County Council by the Department of Housing, Planning and Local Government through the government’s Serviced Sites Fund to support the development of three sites earmarked for the delivery of affordable homes.

The three sites initially being developed plan for an estimated:

South Dublin County Council say they are now asking members of the public to register their provisional interest for these homes online at www.sdcc.ie/affordablehomes.

This initial engagement with the public is to allow the council to gauge the level of interest generally prior to finalising its plans.

Further information on eligibility and income limits are expected to be published by the government in the coming months.

It is estimated that up to 1,500 of these new homes will be delivered as affordable and will help low-to-middle income earners purchase their own property.

The final breakdown of the five mixed tenure developments will be decided based on the final master plans approved for each site and on the finalisation of the government’s affordable housing scheme.

Speaking at the launch of the portal, Mayor of South Dublin County, Councillor Vicki Casserly, said:

“I am happy to launch the new affordable homes portal for South Dublin County Council as the Council looks to address issues of housing affordability that exist for low-to-middle income households.

“I would encourage people to log on and register their interest with South Dublin County Council for affordable housing in the County.”

Daniel McLoughlin, Chief Executive of South Dublin County Council, added that “the delivery of affordable housing is a significant but challenging element of our housing strategy. We hope that early engagement with potential applicants will serve us well in understanding sentiment around this issue and guide us in our decision making.”

Will Fleury to take out frustration at Bellator showdown