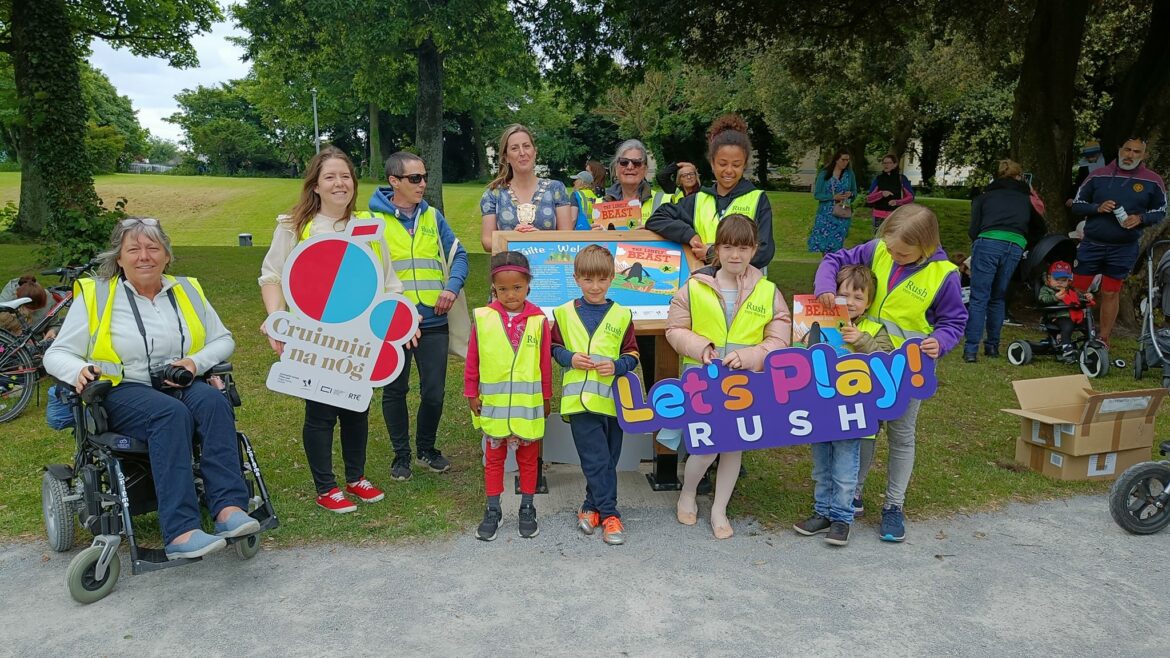 “This was followed by a Let’s Play Rush event on the Street outside the Millbank Theatre with several members of Rush TT committee helping out, along with members of Rush Community Council and Fingal County Council there also.

“Thanks to Tesco for supplying for cardboard and the refreshments and to Fitzers Art for chalking the street for us. We were delighted with the turnout – keep an eye on Rush Tidy Towns Facebook page for details of the next Let’s Play event,” said Philip Kirrane of the local TTs Association.

Gaelic Football: St Jude’s too strong for Clontarf in Tymon