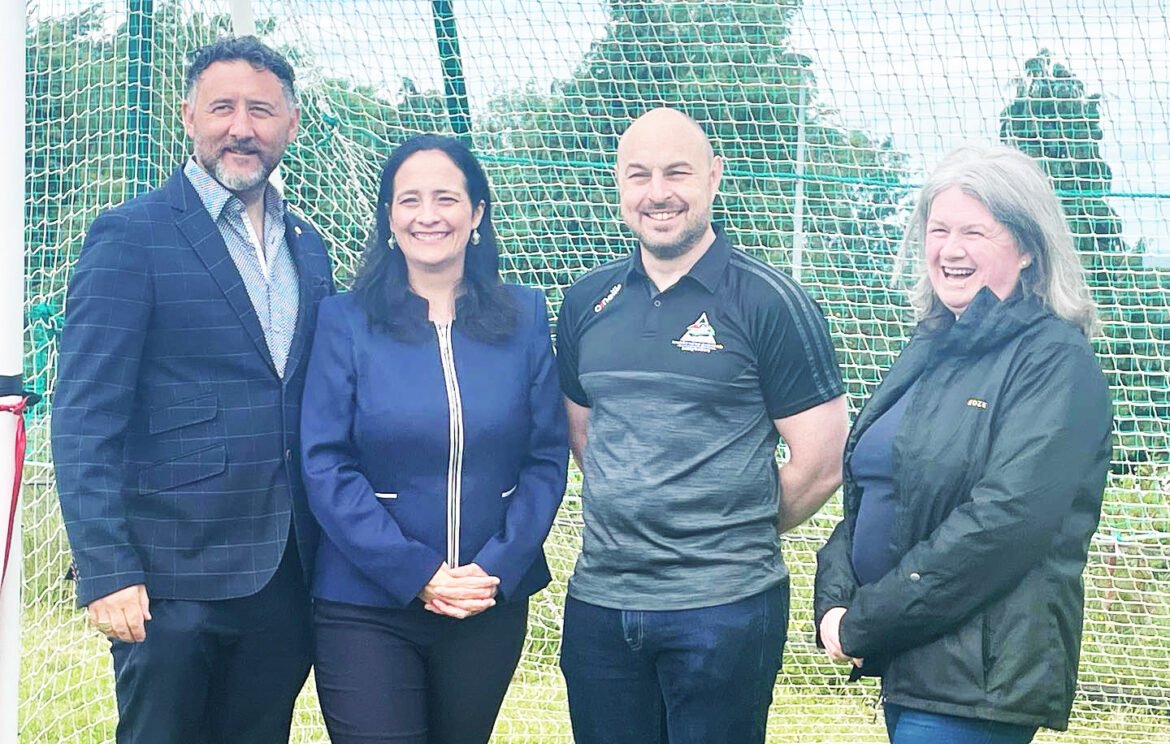 Minister Catherine Martin officially opened the refurbished pitch for which the club received a Sports Capital grant from the National Lottery.

The event coincided with a family fun day for members and was attended by players and local supporters at the Mount Venus Road venue.

The celebrate the pitch opening and to showcase the facilities, the club held a Mini-All Ireland tournament for juveniles and adult contests for Hurling for Lads and Dads and Gaelic for Mothers and Others, who played games against the clubs U14 teams.