‘People in Fingal don’t believe Metro North will ever happen’

THERE have been renewed calls to fast track Metro North after Finance Minister Paschal Donohoe appeared hesitant about the project last week.
Outlining the Government’s summer economic statement the Fine Gael minister would not be drawn on a timeline for the long overdue light rail network.
He said: “The Metro North project that the Government is committed to is not the Metro North we knew a number of years ago.
“I believe we need a route that will take account of the growing population north of Dublin Airport.”
Plans for the 17km light rail line – costing €2.5 billion – were shelved by Taoiseach Leo Varadkar during his time as Transport Minister and were revived in late 2015.
Mr Donohoe (said a detailed cost analysis was needed and serious consideration must be given to how much of the route could be delivered via the cheaper over ground option.
Speaking on Newstalk radio he said: “If we were to encounter the bones of a Viking or anybody else God forbid it would cause difficulties for the project. 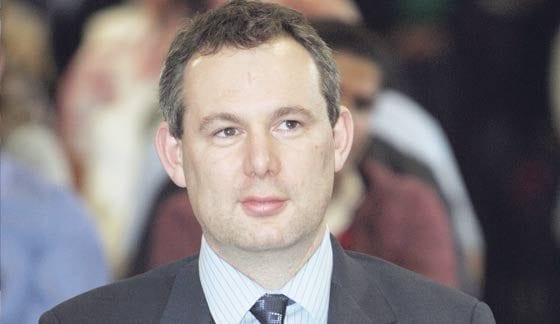 Accelerated
“That is the reason why it has to go through a planning process and look at reconsidering a new route in relation to it.”
The National Transport Authority says there is no possibility of delivering the rail network, due to begin construction in 2021, ahead of schedule.
Last month, Cllr Darragh Butler’s last duty as Mayor of Fingal was to write to Leo Varadkar asking for the delivery of Metro North to be accelerated.
Earlier this week Cllr Butler (below left) told The Gazette: “The ongoing delays with Metro North are getting very frustrating. We had a plan and then the Government changed it, and now it looks like they are going to change it again.
“The people of north county Dublin are fed up at this stage. They don’t believe it will ever happen in their lifetime.”
Cllr Butler (FF) chaired a seminar earlier this year calling for the light rail link to be extended further north to a park-and-ride depot at Lissenhall rather than end at the estuary.
He said: “Their previously short-sighted plan to take Lissenhall off the plan, and now delay it to apparently put it back on again, makes no sense whatsoever. If it’s included it’s great news but it should never have been discarded in the first place.”

A Foxrock student had all the write stuff for award

Making Malahide the place to be for families

Delays to hospital work due to staff shortage