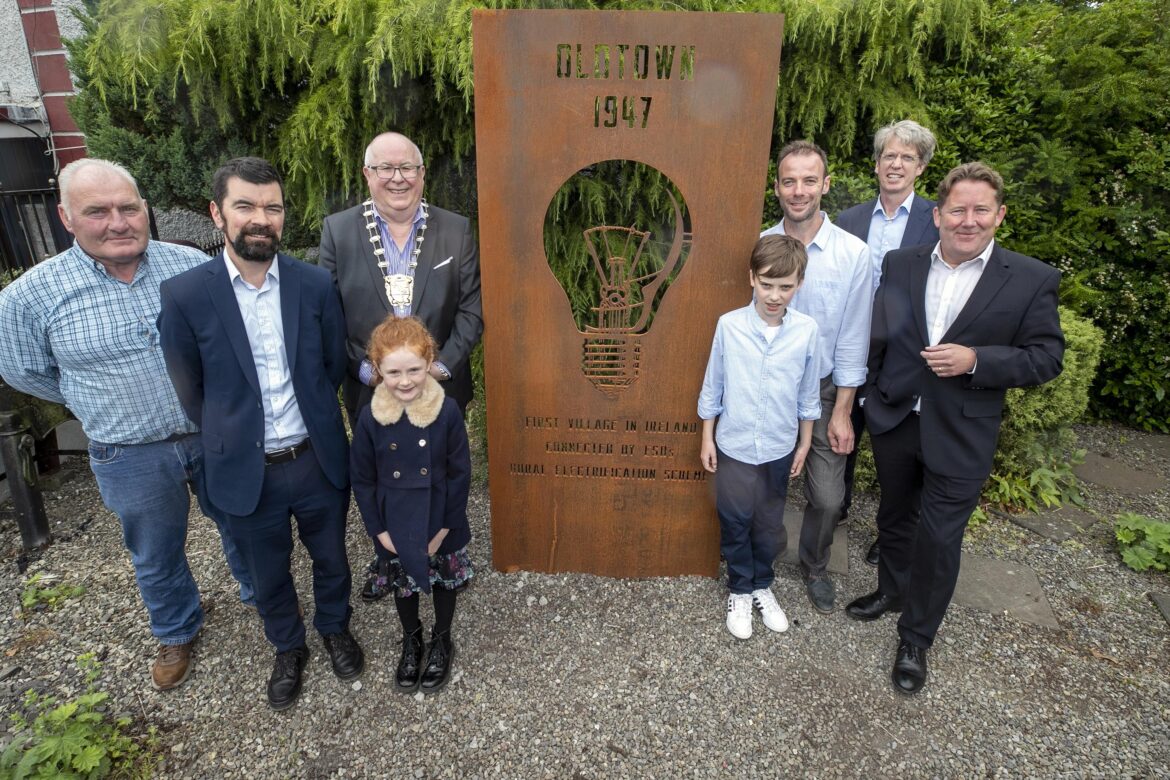 The people of Oldtown and the ESB celebrated the 75th anniversary since the village was first connected to the national grid, as part of The Rural Electrification Scheme.

On Friday (June 25) last, a monument was unveiled by the great-grandchildren of the original residents who switched on the power in Oldtown in 1947.  Also in attendance was the new Mayor of Fingal, Cllr Howard Mahony, Minister for Housing Darragh O’Brien TD, Minister of State, Joe O’Brien TD, Paddy Hayes, Chief Executive Officer ESB Group and local councillors.

All events were free and a fun time was had by all as they stepped back in pre-electricity times!