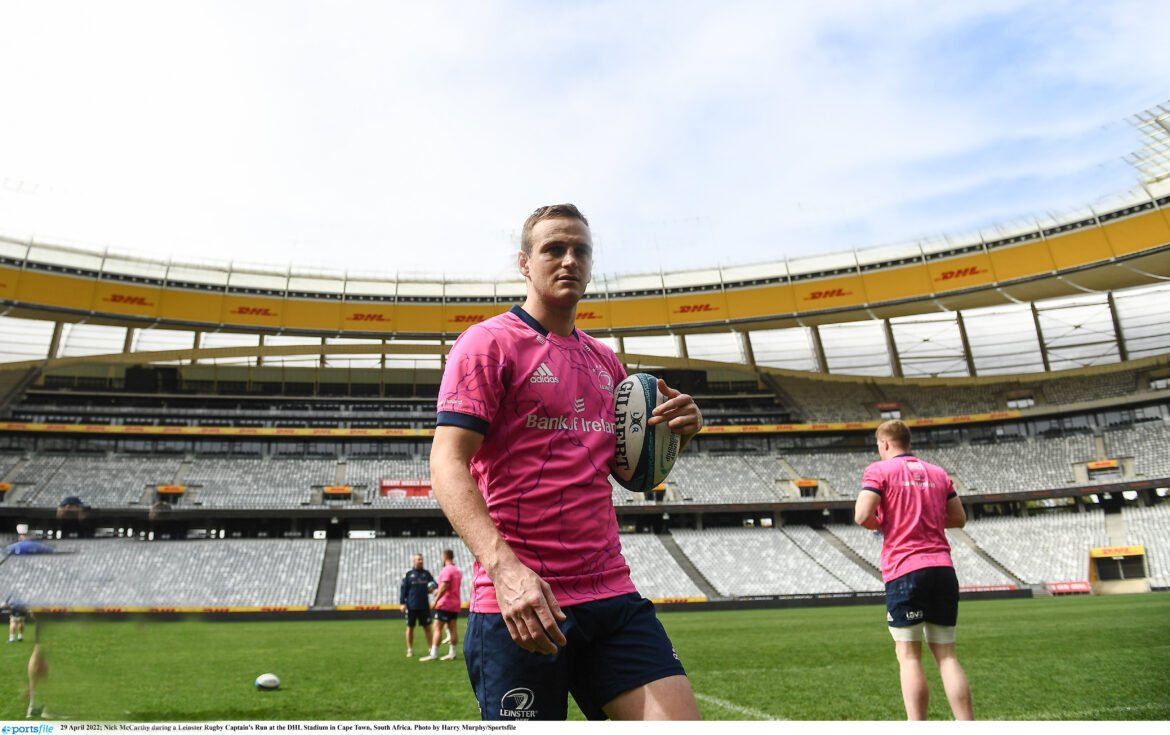 Leinster head coach Leo Cullen and club captain Johnny Sexton have given their reaction to scrumhalf Nick McCarthy’s decision to publicly come out as gay.

Speaking to leinsterrugby.ie, Cullen shared his admiration for McCarthy and offered his and the club’s full support to the 27-year-old after his decision to speak publicly about his sexuality for the first time.

“Nick told us a while ago and the main thing when I talked to him first, was that it was great that he was able to talk openly to us,” said Cullen.

“Nick is a brilliant individual and we are supportive of him. That’s the most important bit for me. We want to make sure that all our guys are able to maximise their ability and be able to bring all of themselves to Leinster while they are here.

“To be at your best you need to make sure you are working hard but also it’s about being yourself and it’s important you’re not battling against being yourself. So doing what’s in your heart, I guess, so we are pleased that Nick has been able to come out with this news so he can start being more comfortable just being himself.”

Cullen also spoke about his belief that McCarthy can now offer hope and that he can be a role model to others. Nick has definitely had a battle going on in the back of his mind, and I’m sure there are other young people going through something similar.

“He will be an amazing role model to people because he’s a great person in the group. He’s very popular in the squad.

“We just want what’s best for Nick but he’s going to be an amazing role model, we hope, to lots of young people out there.”

Ahead of his departure to New Zealand with Ireland, Leinster Rugby club captain Johnny Sexton also offered his full support to his teammate.

“I’ve known Nick since his time in the Academy so to hear him talk to us so openly about his struggles has been tough but we are now just delighted for Nick and that he can be himself.

“We talk about looking after our brothers a lot in here and the last few months has been about that, looking out for Nick. And that will continue. By speaking openly about his sexuality, Nick will be a role model for others and we couldn’t be prouder of him.”

during the Leinster Rugby Captain’s Run at the DHL Stadium in Cape Town two weeks ago. Photo: Harry Murphy/Sportsfile