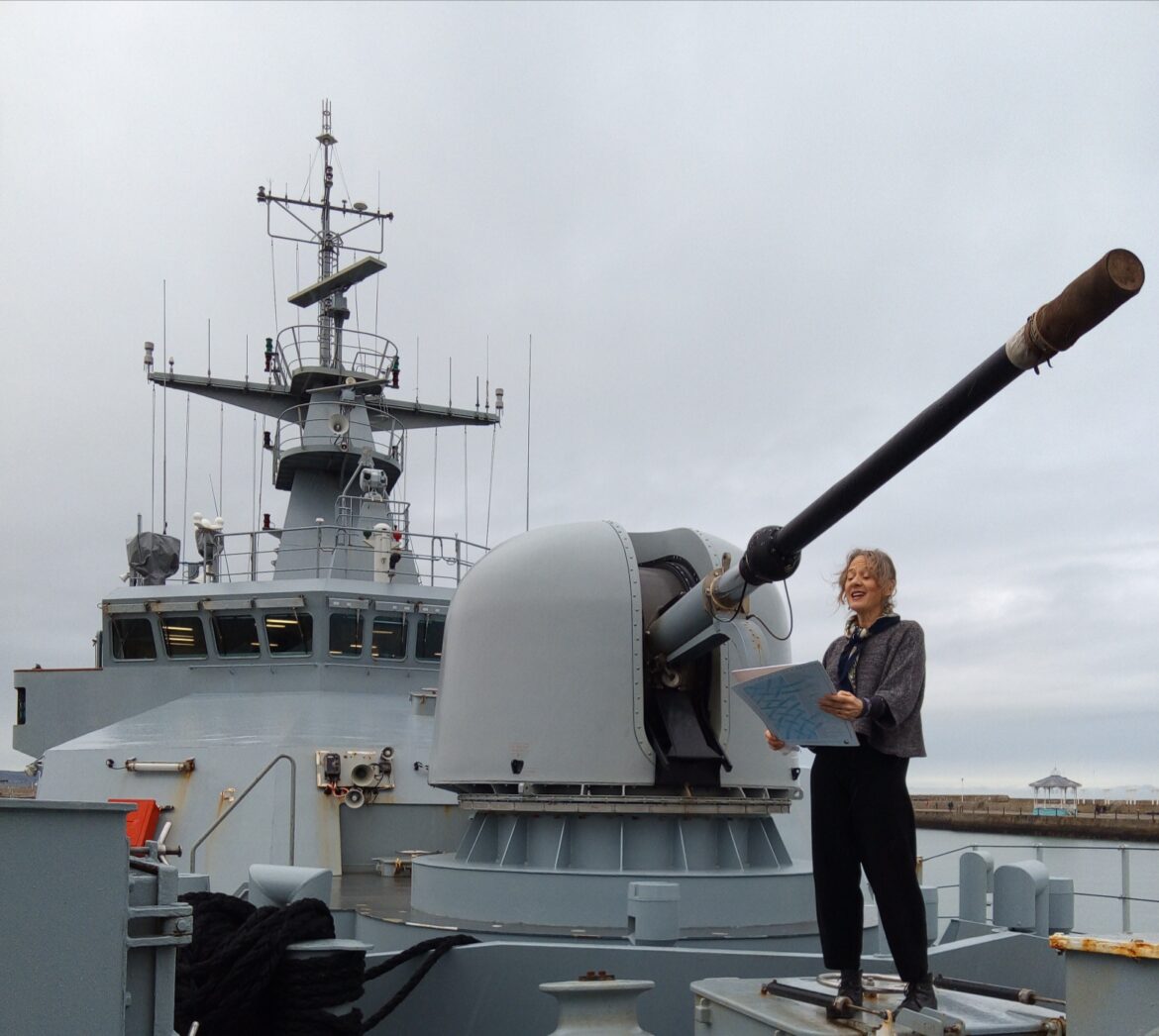 Actor Niamh Cusack temporarily enlisted with the Irish Navy to give a professional reading of a significant poem onboard the L.É.

JAMES JOYCE while alongside Dun Laoghaire port. Her nuanced, balanced and knowing delivery of the work, recorded by the Defence Forces Audio Visual Section, can be viewed at the following link.

For this phase of the Naval Service’s 75th Anniversary year, a poem submitted by a serving member of the Navy was selected by Naval Headquarters to mark the occasion. The poem is entitled ‘STATIO BENE FIDA CARINIS’ (Latin for ‘A Place Most Suitable For Ships’). It envisages the Navy’s fleet circumnavigating Ireland from its Base in Cork Harbour, touching on Irish maritime historical and mythological events en route. The poem makes the point that Ireland’s maritime tradition spans the centuries.

NCAD graduate and Artist Eve Parnell was commissioned to design and produce a limited edition print-run of the poem. (photos attached) Eve’s design evokes the mythological and historical maritime connections suggested by the poem in a crisp modern rendition, styled after early 20th Century Celtic Revival-inspired lacework patterns which recall wave action, time and tide. The poem’s text and the overlapping patterns are framed by a silver foil roll-of-honour around the page border, listing all the Navy’s faithful ships of the last 75 years.