A stretch of road outside a primary school in Skerries has been described as an “accident waiting to happen”.

The stretch will soon become part of the R127, the main road connecting the towns of Skerries and Balbriggan, but no road safety assessment has been conducted. 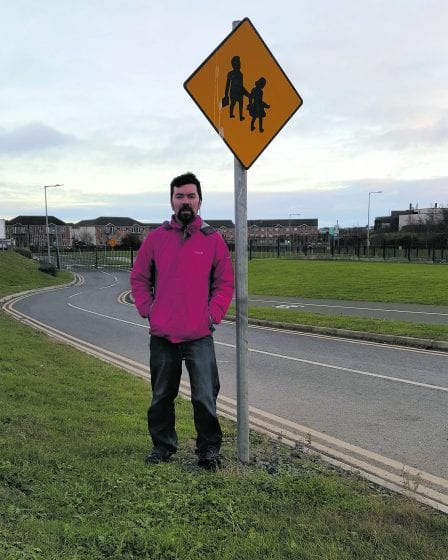 Mr O’Brien told Dublin Gazette: “I have been urging the council to conduct a proper safety assessment outside the school gates which opens directly onto a busy road.

“This road will be getting significantly busier soon. The response to date from Fingal though has been somewhat disappointing.”

Mr O’Brien called for a guardrail to be installed before the new road opens rather than after the risk level increases. He warned: “The children are accustomed to a particular level of traffic and this will change and increase very suddenly when the road opens to connect with Balbriggan.

“All measures should be taken to reduce risks, including the introduction of a school traffic warden.”

Rush on the rise with first half of a double complete

07/02/2013
We use cookies to ensure that we give you the best experience on our website. If you continue to use this site we will assume that you are happy with it.Ok