The manager and assistant manager of a credit union which owed €2 million have been prohibited from working in financial services indefinitely.

The Central Bank issued its “most serious possible outcome for a fitness and probity investigation” to Rush Credit Union’s former manager, Anne Butterly.

Former Rush assistant manager Geraldine Harford has also been barred from carrying out senior functions in a regulated financial entity for an indefinite period.

The Central Bank’s prohibition notice was issued under its Fitness and Probity Regime, but the bank said it could not disclose further information pending a criminal investigation. 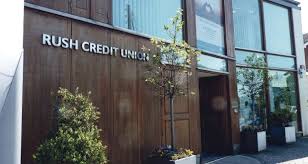 The ruling follows a probe into unauthorised transactions on accounts after the High Court appointed liquidators on November 21, 2016.

Court documents recorded that the institution owed about €2 million more than it held in assets as well as serious issues surrounding the management of its car draw.

The report was able to uncover payment transactions in relation to the car draw, but not the details of winners because “no information is recorded or published on Rush’s website”.

Forensic accountants hired by the Central Bank to look into Rush Credit Union were unable to track down winners of 15 car draws, involving an outlay of €220,860, between November 2012 and April 2016.

In a statement, the Central Bank said its investigation into Butterly has not concluded, with “the issue of a prohibition order of indefinite duration”.

“This prohibition notice has been issued pursuant to the Central Bank’s fitness and probity regime following the bank’s investigation into financial irregularities at Rush Credit Union,” Seana Cunningham, director of Enforcement and Anti-Money Laundering, said.

“The Central Bank’s fitness and probity regime is in place to ensure that individuals performing key roles in regulated financial services firms are competent and capable, and act honestly, ethically and with integrity.

“The prohibition of individuals for an indefinite period of time from performing specific roles in financial firms is the most serious outcome under the fitness and probity regime,” she added, noting this was the fourth prohibition notice issued by the Central Bank since its introduction.

Fingal man pleads for information about partner killed in India

College Green Restrictions May Stay in Place Until 2019

Kinsealy family find out what planet they are...

Removal of ‘Seabees’ in Portrane condemned by Fingal...

Burton urged to tackle 4% spike in...

21/08/2014
We use cookies to ensure that we give you the best experience on our website. If you continue to use this site we will assume that you are happy with it.Ok