Alarm as only 64 public health nurses in Fingal

There are just 64 public health nurses dealing with an expanding population of more than 300,000 people in north Dublin, it has emerged.

The stark figure – which gives a ratio of one public health nurse for every 4,688 people – has left frazzled HSE staff struggling to cope with their workload.

The Health Service Executive region covers all of Fingal, which has the youngest and most rapidly expanding population in the country, as well as other areas including Darndale, Coolock and Raheny. 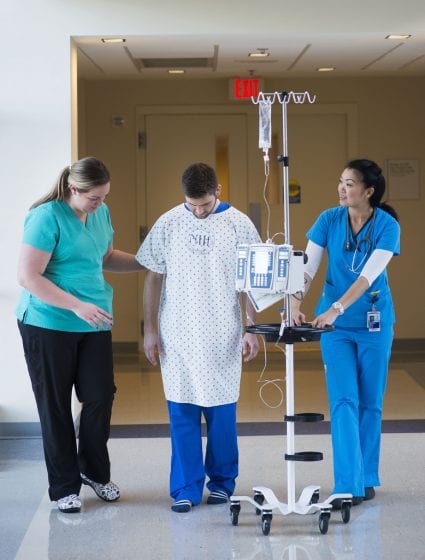 Senator Lorraine Clifford-Lee (FF) raised the issue in the Seanad last week and warned that the situation could not be allowed to continue.

She said: “Public health nurses provide a range of vital services to those of every age living in our community and in need of assistance.

“They visit mothers in the immediate days following the birth of their child and prove to be a crucial support to these women during the weeks after birth, which are overwhelming for most.

“A check on the mental health of the mother is very important. They also look out for signs of domestic violence within the home.

“If they are seriously overworked and they need to get to a number of different houses on a particular day, they don’t have the time to get to the bottom of complex issues.

“I would very much worry for the public health nurses in north Dublin who are seriously overworked and who are very dedicated and offer a great frontline service.”

But Senator Clifford-Lee warned: “I’m glad to hear of these additional recruits but to be honest, I think it will be just a drop in the ocean. It’s nowhere near substantial enough to respond to people’s needs.”

Calling for numbers to be increased “rapidly to deal with the rapidly growing population”, she added: “We’re trying to play catch-up and we’re not going to catch up quickly enough with those numbers.”

Anger as public left out of focus...

20/12/2018
We use cookies to ensure that we give you the best experience on our website. If you continue to use this site we will assume that you are happy with it.Ok