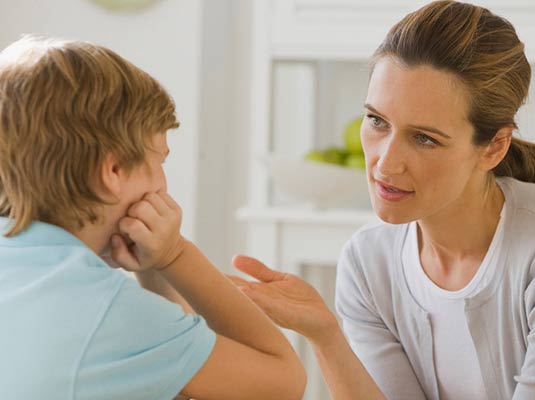 A Blanchardstown mother whose son suffers from behavioural difficulties says that he is being denied the right to an education.

The disorder is a serious behavioural and emotional disorder that can occur in children and teenagers.

Children who suffer from this disorder often display disruptive behaviour and have problems following rules.

Because of his condition, Sean has been unable to attend a mainstream school and Doreen told The Gazette that special needs schools have also failed him.

“He has no education,” she said.

“He’s nine years of age and he doesn’t know how to spell.

Due to his condition, Sean has already missed a whole year of school.

However, due to his behavioural issues Sean has never completed a full week in school and currently only attends Casa Caitriona two days a week.

Doreen said that she feels let down by the system and that a special needs school should be able to offer her son a full education.

“He has difficulties but they should be able to manage this because it’s a special needs school and that’s what it stands for,” she said.

“The principal won’t even come to a meeting,” she said.

“She won’t speak to me, it’s always the teacher.”

Casa Caitriona declined to comment when contacted by The Gazette.

Doreen said that in spite of his difficulties Sean is a loveable child who deserves an education.

She added that she is desperate to have the issue resolved and give Sean the education that he deserves.

“I need to get to the bottom of this,” she said.

“I need to get my child back in school.”

The Gazette contacted the Department of Education in relation to Sean’s case.

The Department said that they could not comment on individual cases but said: “The policy of this Department is that children with special educational needs should be included, where possible and appropriate, in mainstream school placements with additional supports provided.