Mosque complex gets the go-ahead 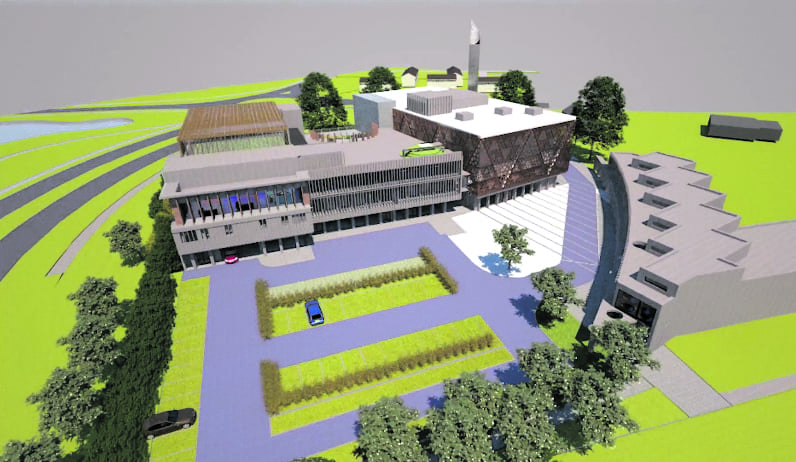 Planning permission has been granted for a four-storey mosque in Blanchardstown in spite of local opposition.

On Monday, An Bord Pleanala gave the go-ahead for a mosque, community centre and primary school on the site of a former HSE facility at Warrenstown House.

The Muslim prayer centre (inset) will feature a 95ft steel minaret – the equivalent of seven or eight storeys in height – for the call to prayer. 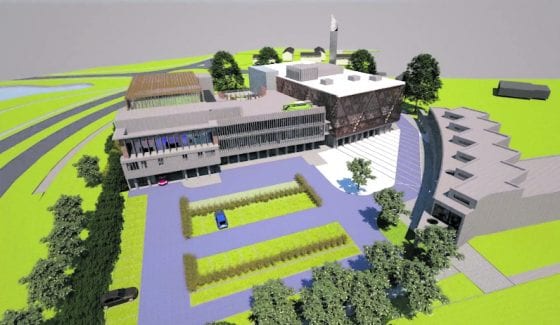 Plans for Mosque in Blanchardstown

Plans lodged by the Shuhada Foundation of Ireland, which also include a halal shop and a barber’s, were first granted permission by Fingal County Council last year, but the decision was appealed.

The mosque is the vision of Dr Taufiq al Sattar – a Dublin-based neurosurgeon whose wife and three teenage children were killed in an arson attack in Leicester, England in September, 2013.

Concerns had been raised about traffic and noise pollution, but An Bord Pleanala has set out strict conditions in a 35-page report on the case.

The appeals board ruled that the scheme would not seriously injure the amenities of the area or property in the vicinity, nor would it give rise to a traffic hazard.

Plans for the ambitious development were first lodged in 2016, but were substantially pared back last year after the council raised concerns about the scale of the project.

The council’s decision to grant permission was appealed by Meath resident Patrick Regan, formerly of Dublin 15, on noise pollution and traffic congestion grounds.

His concerns were echoed by others who lodged observations and one petition citing a lack of integration and the creation of an exclusive community among its objections.

In his appeal, Mr Regan said that Dublin 15 was “one of the largest and most welcoming multicultural communities” and he understood the need for those communities to be provided with opportunities for worship.

But he added: “The call to pray can often start as early as 5.30am and the last call to pray at 9pm, causing noise pollution, with up to 150 worshippers attending at any one time during normal day prayers without the celebration of Ramadan and other social events.”